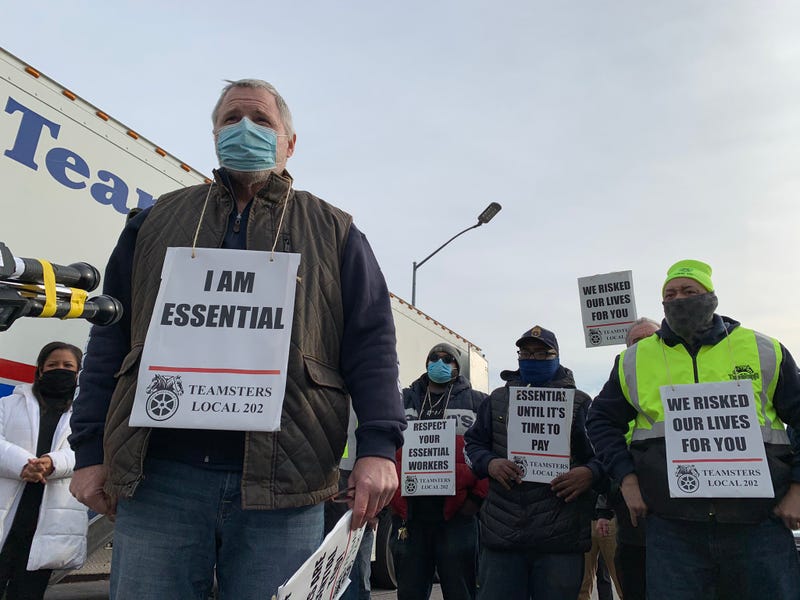 NEW YORK (WCBS 880) — Workers at the Hunts Point Produce Market in the Bronx are threatening to go on strike for the first time since 1986 over a wage dispute.

The union is asking for a $1 hourly pay increase and a 60-cent an hour boost for health care benefits.

Management has countered with 30-cent raises, saying they've lost business during the pandemic.

Workers at the city's largest fruit and vegetable supplier say they are essential, on the frontlines for the past 10 months.

"They are literally the people who make it possible for all other workers to stay home and work from their computers, or their phones, or their Zoom," Teamsters Local 202 President Daniel Kane said.

Workers at the market have threatened a strike in the past, but Kane said this time is different.

"What makes this different is that we see our members showing up for the past 10 months, a testament to their strength," Kane said at a rally outside the market gates Thursday. "Everybody out here will stand out here until we get a little justice, until the eyes of the powerful and wealthy start realizing that workers matter, that regular everyday people matter."

"How about paying them a decent wage so that they can feed their families," Kane said.

Hunts Point Market said it's been a terrible year for business, but Bronx City Councilman Rafael Salamanca, whose father worked at the market for years, said $3 billion are generated here.

"So it is unacceptable to say that during these times we're only gonna offer you 30 cents. A dollar is not a lot to ask for," Salamanca said.

State Assemblywoman Amanda Septimo said, "These are workers who showed up every single day throughout the pandemic without question to make sure that we could all have what we need to thrive every day."

Calls and emails requesting comment from Hunts Point Market have not been returned.