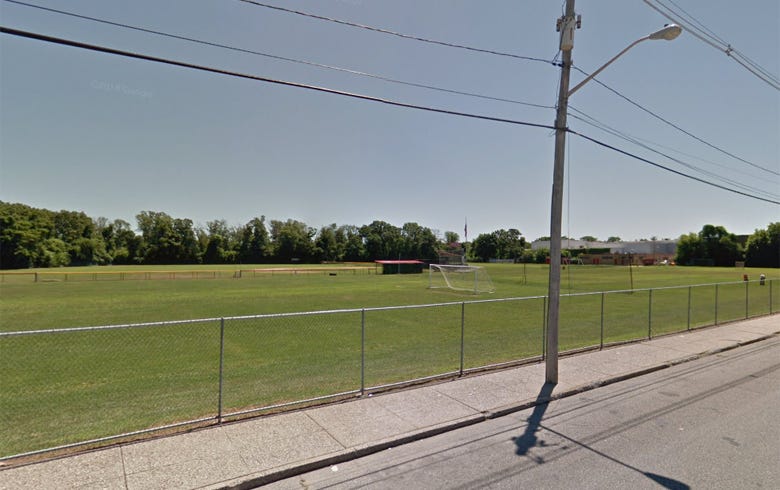 FREEPORT, N.Y. (WCBS 880) — A legal battle is brewing over a piece of property on Long Island that Amazon may want to purchase.

The 9.2 acre property is located on Cleveland Avenue between Merrick Road and Sunrise Highway in Freeport. It has been used as an athletic field by the Freeport Union Free School District for more than 70 years.

The property has hosted not only local schools sports, but also competitions with other districts, according to the school district's attorney John Gross.

"Football, soccer, field hockey, baseball, etc. Every sport you can think of and that's an important part of the curriculum, it's not just sitting in your classroom learning math," Gross said. "Freeport doesn't have an abundance of fields. They rely on this field and they relied on it since the mid-1940s."

Now, the village is suing the school district for control of the property because Amazon has shown interest in purchasing the land to build a new distribution center.

The deal would generate $40 million in revenue for the village and reduce property taxes for residents, according to village attorney Howard Colton.

However, Gross said the district has an easement, which has been in place since 1949. He explains that while the village owns property, the easement has allowed the district to use the property for sports.

"It's an enforceable interest in real property," Gross said. "And what an easement is, is somebody else owns the property and you have the right to use it and that was given directly to the school district."

Newsday reports the school district filed a lawsuit earlier this month to protect the property.

To counter, Colton said the village would construct a state-of-the-art sports complex for use by Freeport Athletics.