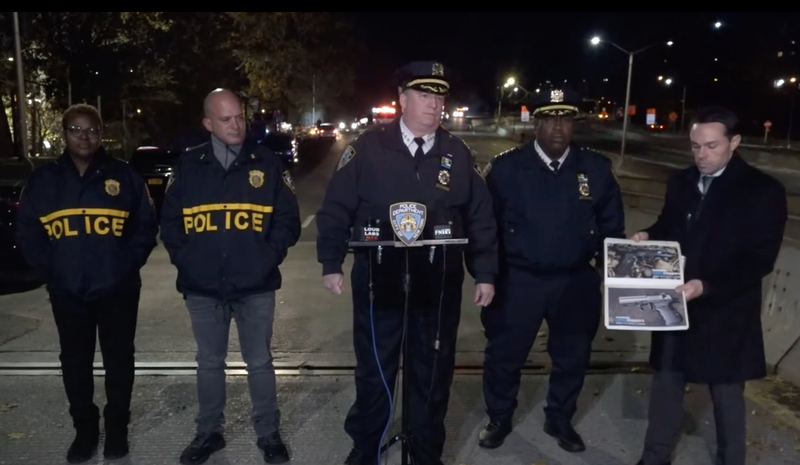 NEW YORK (1010 WINS) — A 39-year-old man is in critical condition after exchanging gunfire with NYPD officers who were attempting to arrest him for driving in a stolen vehicle in the Bronx Saturday night, police said.

Cops were responding to a call of a car being broken into around 11:45 p.m. when they came across a car driving recklessly. When the officers ran the plates, they found that the vehicle was stolen, authorities said.

Two men in the car were pulled over at 161st Street and Summit Avenue in the South Bronx. One of the men was arrested while the other fled the car on foot, according to officials. 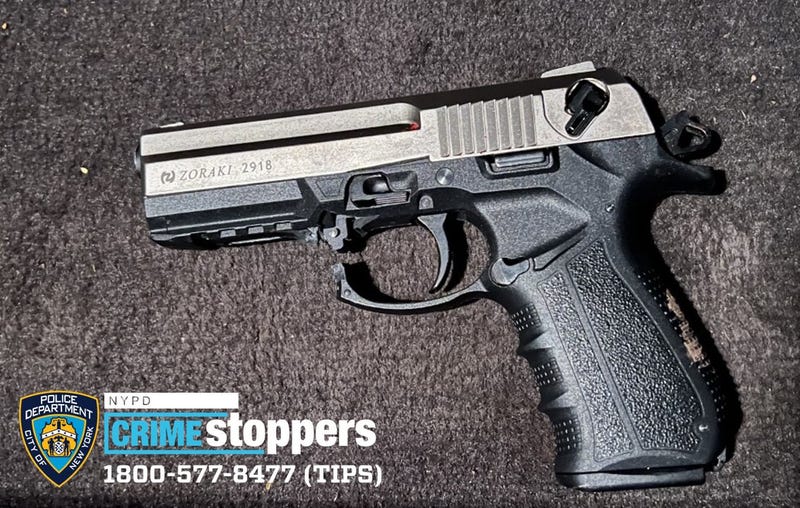 One of the guns recovered from the scene of the Saturday Bronx shooting. Photo credit NYPD

After the man ran away across a nearby footbridge, cops started engaging in gunfire with him. About 10 minutes later, the suspect ran into a marsh area where more gunfire exchange happened, cops said.

Watch as NYPD executives provide an update on a police involved shooting in the Bronx. https://t.co/BG29tA0pQN

The man was struck by one of the bullets at which point the officers said they carried him from the marsh area to the street to aid him before EMS services arrived.

Two firearms were recovered after the incident. No cops were injured during the event. 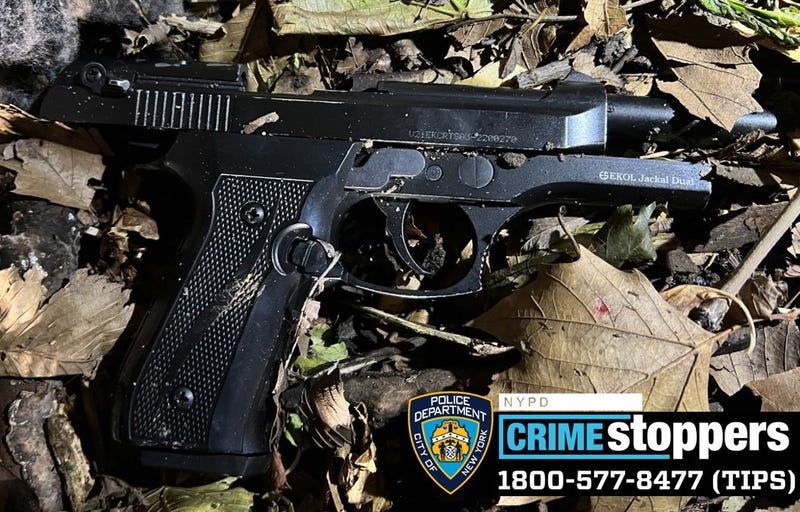 One of the guns recovered from the scene of the Saturday Bronx shooting. Photo credit NYPD

The identity of the suspect was not yet released. The investigation remains ongoing. 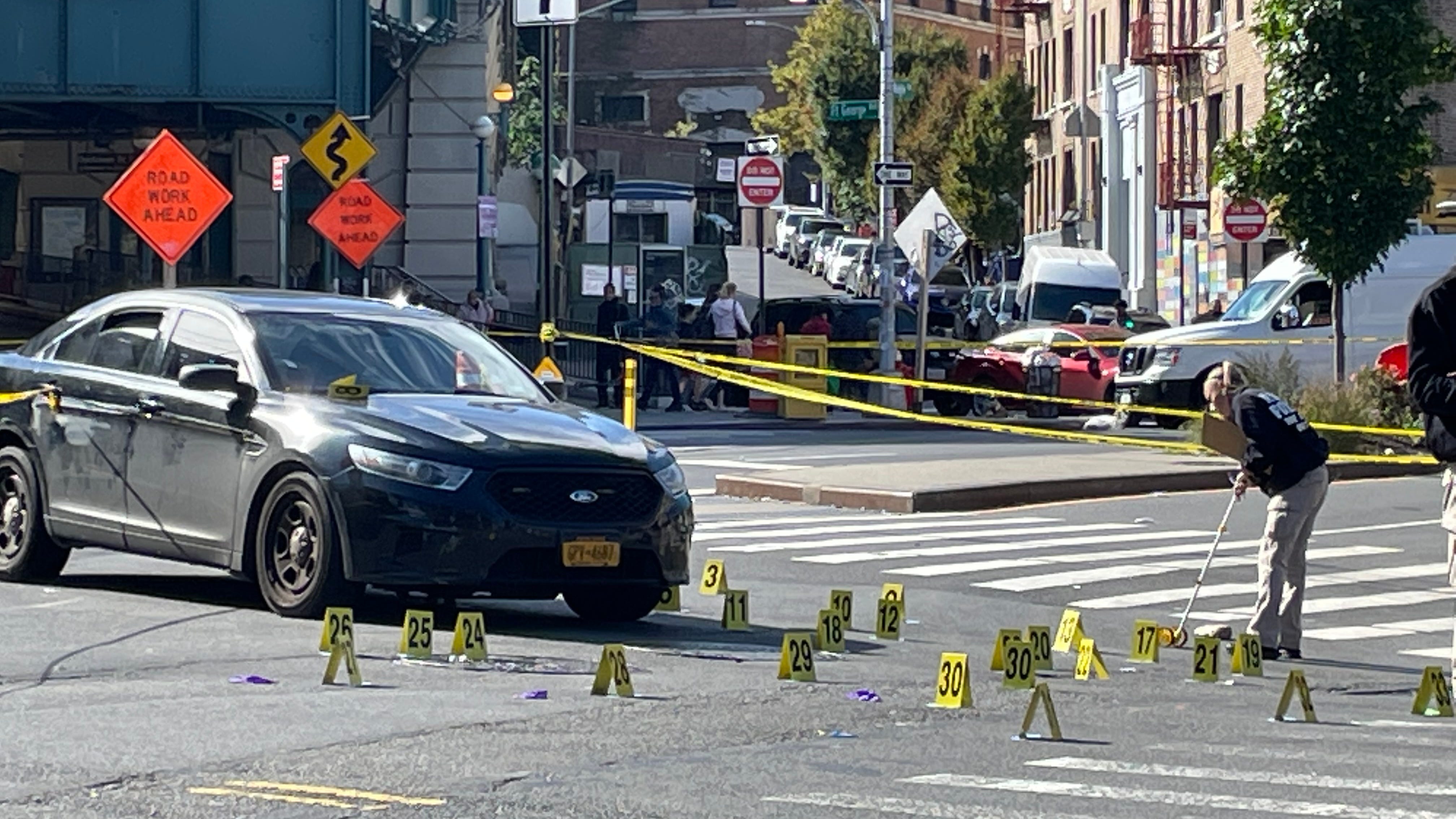 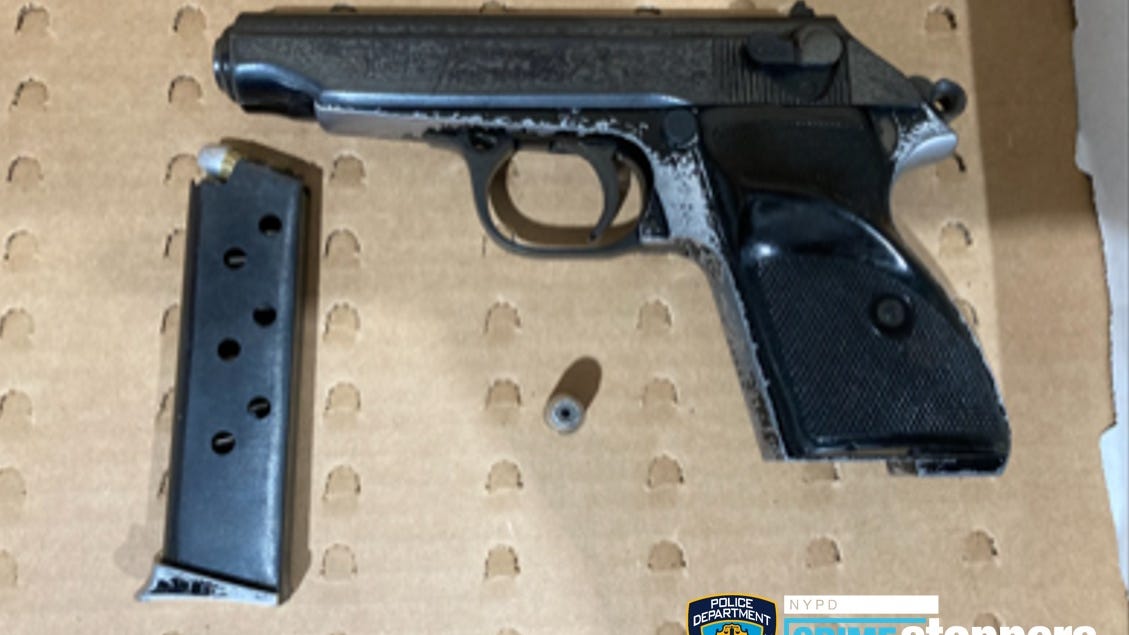