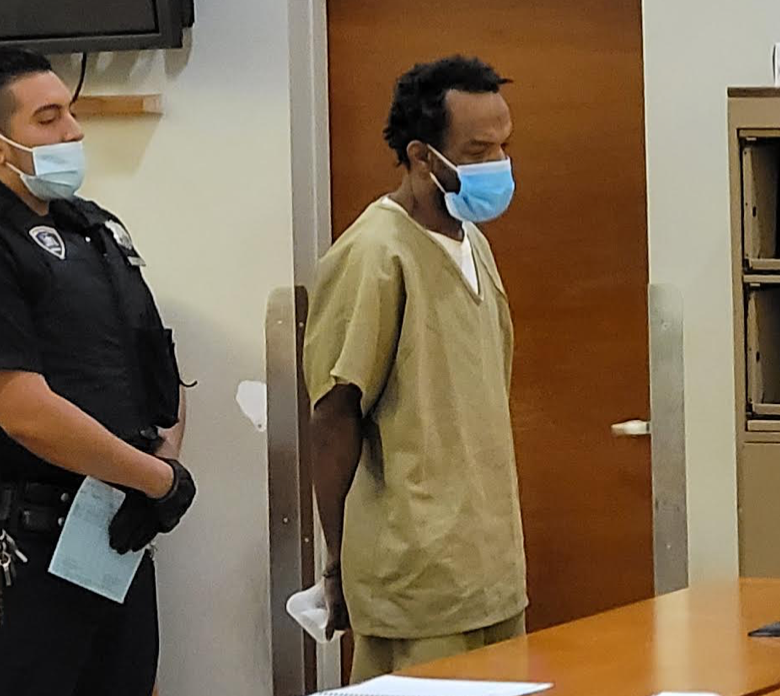 Alexander Wright, 49, appears in a Bronx courtroom during his arraignment on Thursday. Photo credit Julie Walker
By Julie Walker and Brian Brant

NEW YORK (1010 WINS) — Subway cleaner Anthony Nelson was surrounded by other transit workers as he sat in a Bronx courtroom Thursday to see the man charged with brutally beating him in August.

"It was the first of many. I know [we've] got a long process ahead of us. It's not going to be the first time. It's not the last time," Nelson said. "But you know, I'm just getting through the day."

Wright will remain at Rikers Island on $5,000 bail following his arraignment, the New York Post reported.

"[We're] looking to punish this guy to the full extent of the law," Kelley said.

Wright attacked Nelson on Aug. 11 as the victim went to check a report of a man — later identified as Wright — who was harassing other people on the lower level of the Pelham Bay Park train station, prosecutors said.

Nelson's collar bone was broken, his shoulder dislocated and he's had several surgeries. His arm is still in a sling.

He said he still has no regrets.

Craig Cipriano, chief operating officer of the MTA, said that the transit system is safe.

"We're going to be installing cameras on each and every one of our subway cars," Cipriano said. "Right now, we have cameras in all our subway stations."

Wright, who reportedly has a lengthy rap sheet, is slated to return to court on Nov. 3. 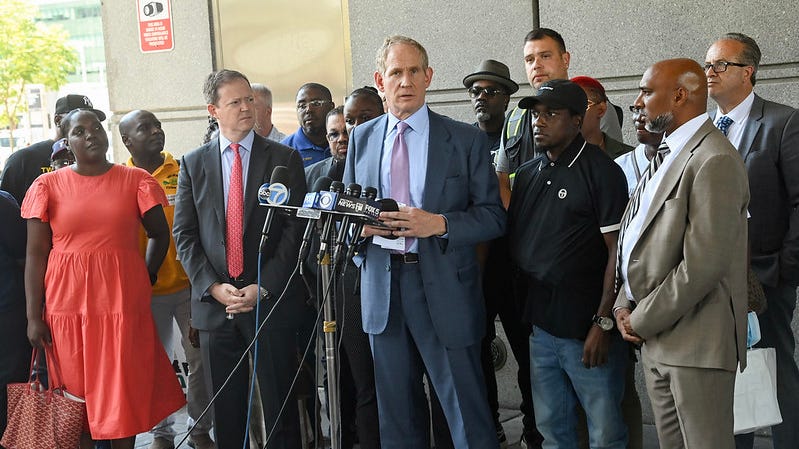 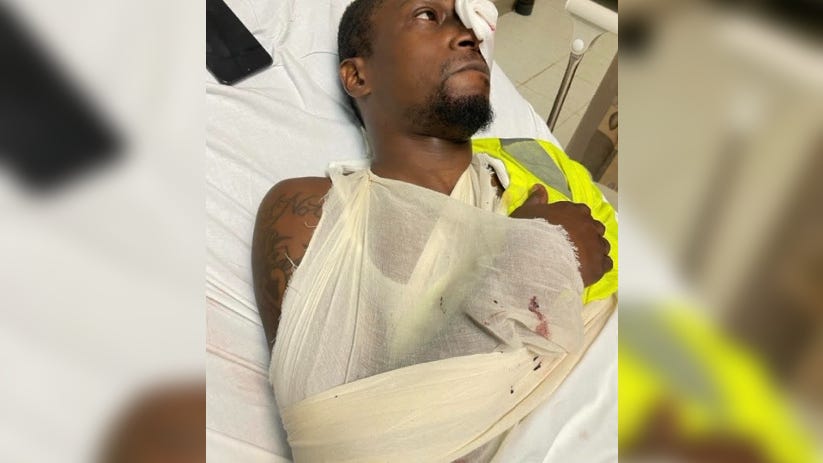