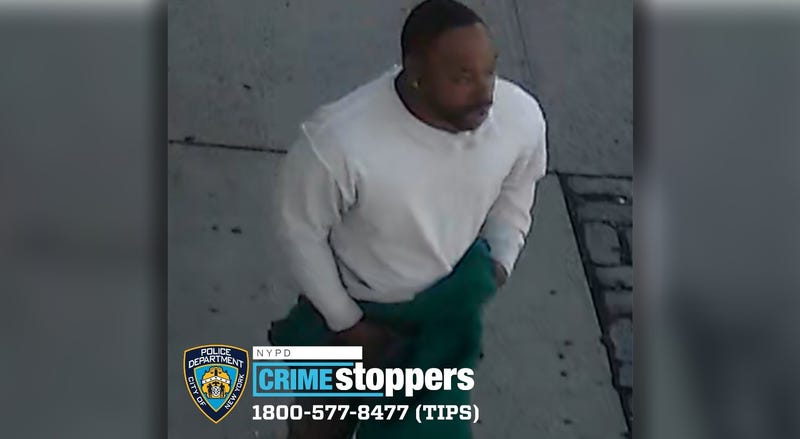 NEW YORK (WCBS 880) — Police are searching for an attacker who threw a 85-year-old man to the ground before trying to rob him last week.

The incident happened around 11 a.m. Monday, April 26 on Elton Street, near East 156th Street in the Melrose section of the Bronx.

Authorities say the 85-year-old victim was walking along the street when he was suddenly approached by an unknown man, who grabbed him by the neck.

The attacker then threw the 85-year-old to the ground and tried to take his property, police said.

Authorities say the attacker was not able to take any property during the attack and fled on foot heading north on Elton Avenue.

The 85-year-old man wasn’t injured in the attack, the NYPD said.

Anyone with information in regard to the identity of the individual is asked to call the NYPD's Crime Stoppers Hotline at 1-800-577-TIPS (8477) or for Spanish, 1-888-57-PISTA (74782). The public can also submit their tips by logging onto the CrimeStoppers website at WWW.NYPDCRIMESTOPPERS.COM or on Twitter @NYPDTips or by texting their tips to 274637 (CRIMES) then enter TIP577.