According to officials, the incident occurred just after 9 a.m. on Wednesday, November 17, on the corner of West 42nd Street and 7th Avenue.

As the suspect was disembarking a privately operated bus that he and others boarded in New Jersey when he grabbed a 59-year-old male bus driver, and briefly held him while he removed $480 from the driver-side door handle.

The suspect fled on foot to the Times Square – 42nd Street subway station.

The victim was not injured.

Officials released surveillance taken inside of the Times Square – 42nd Street subway station after the incident. 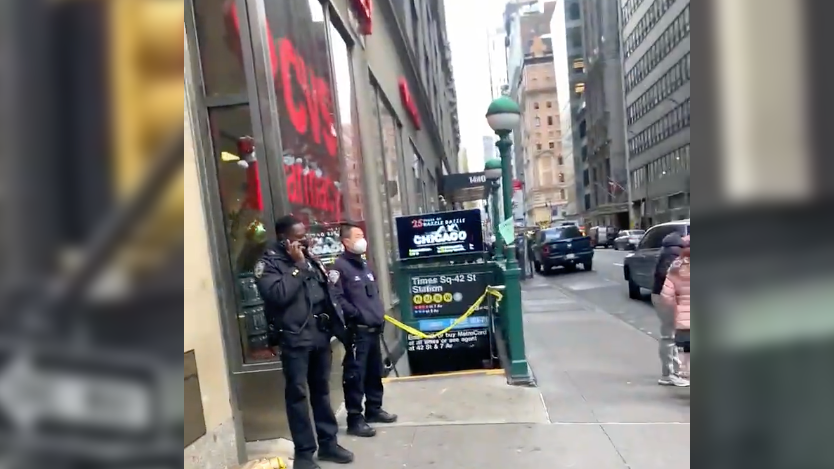