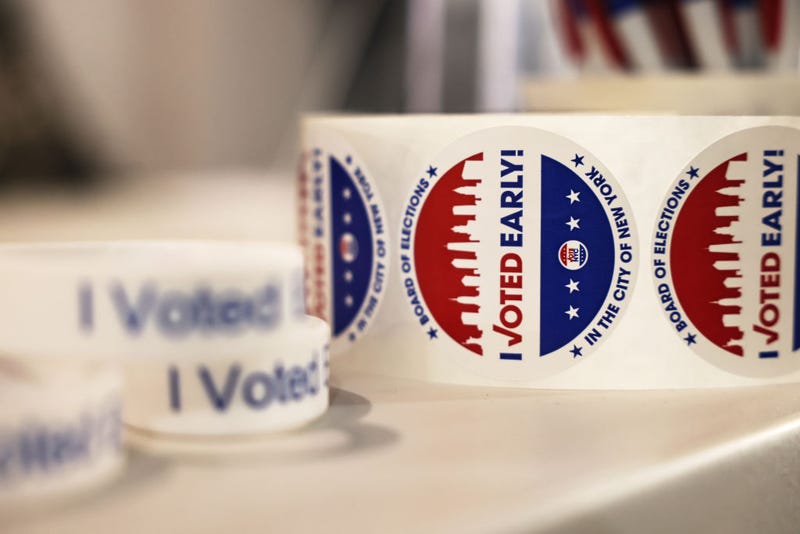 NEW YORK (WCBS 880) — The final debate among the leading Democratic candidates for New York City mayor is set for Wednesday evening and the race is still completely up in the air.

Adams is also likely to continue to face attacks from his competitors during Wednesday night’s debate, but he says he is prepared.

“When I’m on the stage, that is the easiest thing I’ve ever done in my life,” Adams told supporters at a rally in Brooklyn during the afternoon. “I just have so much fun.”

The Brooklyn Borough President continued to exude confidence in the hours leading up to the debate.

“When you talk about standing on a stage with eight people to just share your vision to New York – how can you be nervous? How could you be afraid? I’ve been through it,” he said.

Though, his rally was interrupted by a group from the immigrant rights organization, Make the Road New York, who were urging voters to leave Adams off their ballot.

Also at the top of the polls is New York City’s former Sanitation Commissioner Kathryn Garcia, who says she is still the best choice for New Yorkers.

“They need someone ready to roll up their sleeves and get the job done. Someone who will deliver on their promises,” she said. “I'm running because I want to do the job. I'm not a politician. I'm a public servant.”

Maya Wiley also seems to be progressives’ first choice, especially after receiving some high-profile endorsements – including one from Congresswoman Alexandria Ocasio-Cortez. However, they may have come too late in the game to generate enough support for the former civil rights lawyer.

Meanwhile, Andrew Yang was still looking to generate support on Wednesday after casting his own ballot at an early voting site on the Upper West Side.

“I think we're going to see tremendous turnout and there are some indications that a lot of new voters are showing up, which is very exciting,” he told reporters.

He did not reveal who he ranked on his ballot but, did tease a potential cross-endorsement among mayoral candidates expected to be announced in the coming days.

The finale debate will take place Wednesday evening from 7 p.m. to 9 p.m.

The first hour of the debate will be televised on WNBC. The full event will also be broadcast on NBC’s streaming platforms, and on the network’s channels on Apple TV and Roku.