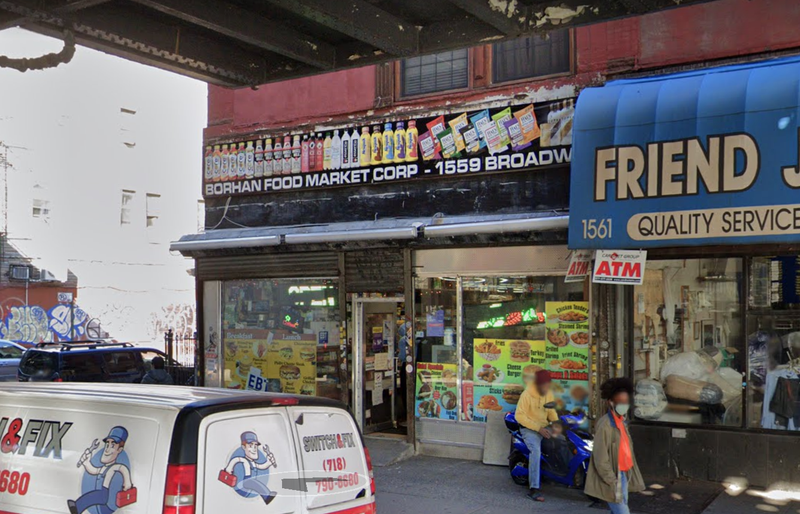 Two men were beaten and robbed inside a Bushwick bodega on Sept. 4 in an anti-gay attack. Photo credit Google Street View
By Erica Brosnan

NEW YORK (1010 WINS) — Two men have been indicted for attempted murder as a hate crime in an alleged anti-gay attack against two other men at a Brooklyn deli last month.

According to Brooklyn District Attorney Eric Gonzalez, Clemente and Carter made a serious of homophobic slurs directed towards the victims – a 36-year-old man and a 29-year-old man – inside a bodega in Bushwick around 2 a.m. on Sept. 4.

Clemente is accused of escalating the situation when he punched the 36-year-old in the face, unprovoked, Gonzalez said. Carter then allegedly struck him about the head and body with a glass liquor bottle, causing the victim to fall to the ground. 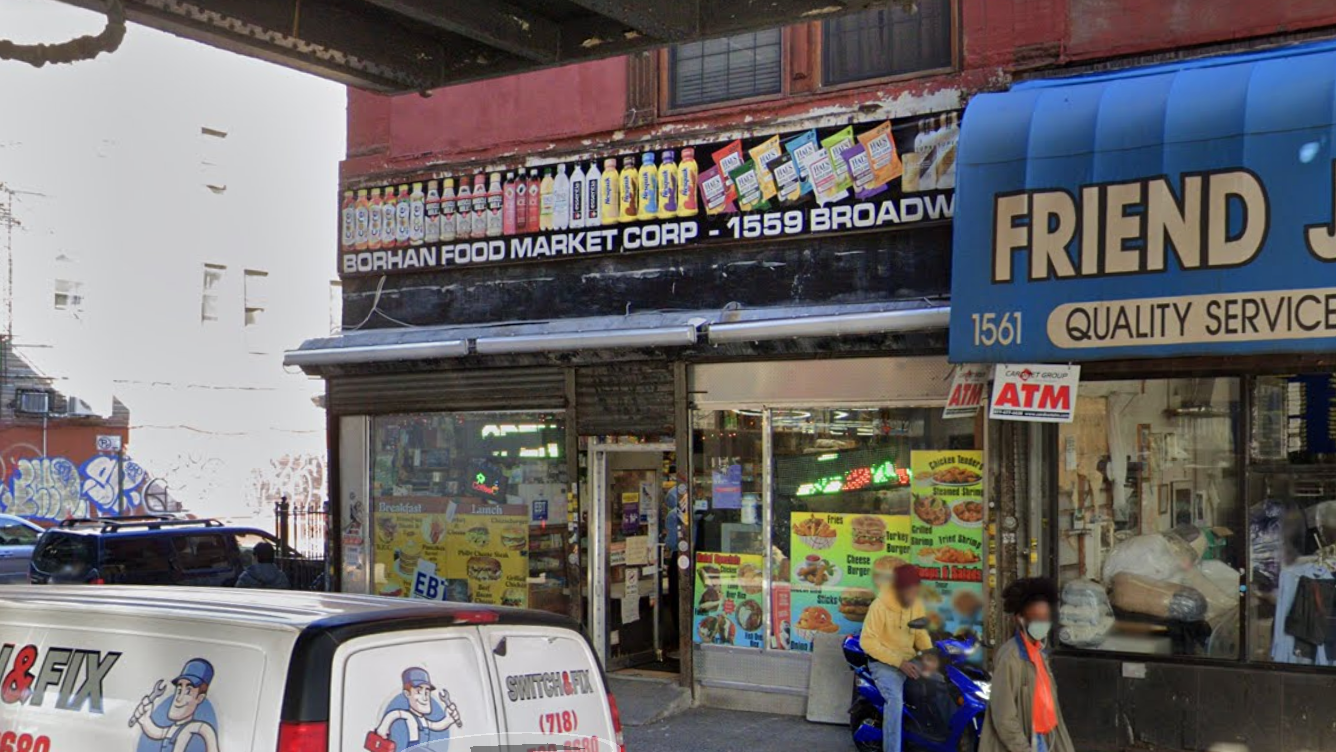 Clemente is also accused of repeatedly stabbing the 36-year-old in the head and body.

The 29-year-old man fled the attackers, according to the DA, and Clemente is accused of chasing him – along with another suspect who remains on the loose – grabbing him, and repeatedly stabbing him while making more homophobic statements.

“The two victims in this case suffered serious and life-threatening injuries in a completely unprovoked attack,” Gonzalez said. “The defendants’ actions were particularly egregious as they allegedly attacked two innocent people because they believed them to be gay. No one should be targeted because of their race, ethnicity, sexual orientation, gender, or religion. We must all be able to safely walk the streets of our city without fear of being senselessly attacked.”

The 36-year-old victim suffered multiple stab wounds to his body, including head, buttocks and lung, causing a collapsed left lung.

The 29-year-old also suffered multiple stab wounds to his body, including his neck and lungs, which caused both lungs to collapse.