Seventeen people suffered minor injuries when a 55-year-old driver crashed a B49 bus into a townhouse at the corner of Bedford Avenue and Lincoln Road in Prospect Lefferts Gardens Monday afternoon, authorities said.

WNBC on Wednesday published surveillance video that shows the driver removing a bag from under his seat before the crash.

The driver then appears to lose control of the bus, hitting a vehicle in front of him before crashing into the building.

“The incident remains under investigation, and we will have more to say when that is complete,” Minton added.

MTA Bus President Craig Sipriano on Monday said the bus driver has been on the job for 13 years.

“Initial indications are that the bus was not going at a high rate of speed, but the investigation is ongoing,” he said, adding that there didn’t “appear to be any kind of mechanical defect that caused the incident.”

As of Tuesday evening, the bus had not been moved away from the building it crashed into, a Department of Buildings spokesperson said.

The department issued a full vacate order for the building, which suffered structural damage to its front facade, as well as damage to a load-bearing masonry wall, the spokesperson said.

The building’s owner will have to install shoring to prevent a collapse before the bus can be removed, the spokesperson added. 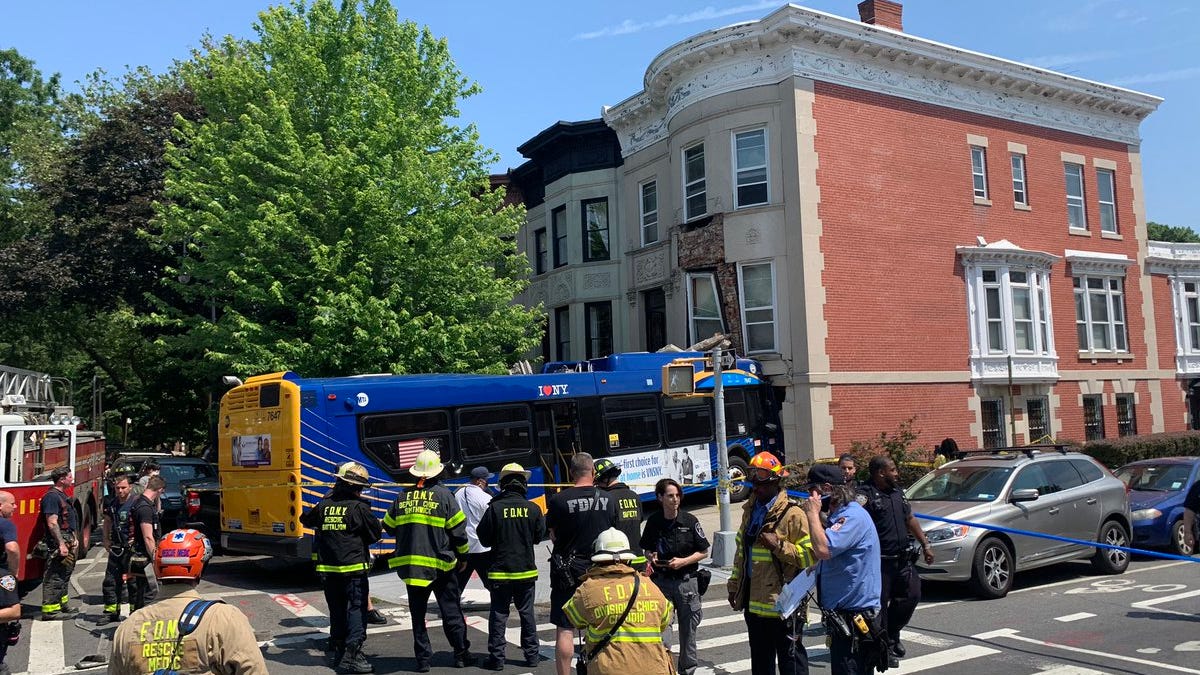