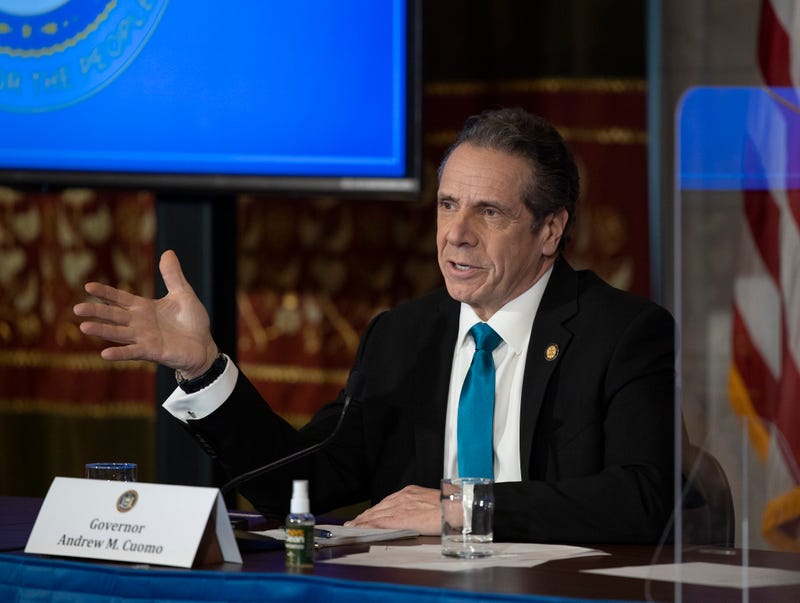 The legislation to scale back the emergency powers, granted to the governor amid the pandemic last year, passed the state Senate strictly on party lines Friday afternoon. No Republicans voted for it.

Democrats say the legislation is a way to bring checks and balances back to the Legislature, after a year of executive orders, involving everything from mask mandates to business capacity restrictions.

"It is clear that we need to move toward a system of increased oversight, review and verification between the legislature and the executive branch," said Senate Majority Leader Stewart-Cousins.

Under the bill, the governor can no longer impose new executive orders, but can extend current ones beyond the April 30 expiration date as long as he gives notice to the legislature and local elected officials.

There are 60 executive orders still in place and Senate Republican Leader Rob Ortt believes there is no other executive order that could be imposed anyway, so he doesn't see this as taking any power away from the governor.

"The Democrats will tell you, 'Well, he can't issue any new directives.' What possible new directives could he issue that already isn't governing every aspect of our lives?" Ortt said.

Ortt slammed the bill as a "fake repeal" of the governor's powers and called the measure a sham.

“The Governor is under multiple criminal investigations by the State Attorney General and U.S. Department of Justice. There is a dark cloud hanging over Albany and the entire State Government because of his conduct. So how do Democrats react? By further enabling his clear and multiple abuses of power, as they have for the better part of a year. Make no mistake -- in passing this useless bill, Democrats are not only continuing to abdicate their constitutional oaths as duly elected legislators -- they are complicit with Cuomo in any crimes he and his administration may have committed while in office,” said Ortt.