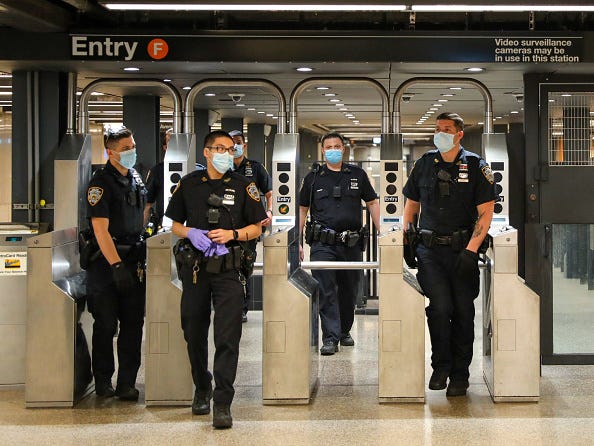 NEW YORK (WCBS 880) -- An investigation by the NYPD's Hate Crimes Task Force was launched Monday morning in Queens after an Asian man was pushed onto the subway tracks, police said.

At around 7:45 a.m., officials said a 35-year-old victim was standing on the southbound platform of the 21st Street/Queensbridge station in Long Island City on the F line when the incident occurred.

According to authorities, the suspect approached the victim from behind before pushing him onto the tracks.

Good Samaritans were able to pull the victim to safety back up to the platform, and he was not struck by a train, WABC-7 reported.

The victim suffered a laceration to his head and was transported to Mount Sinai Hospital Queens in stable condition, officials said.

Police said the suspect fled on foot in an unknown direction and is described as a Black male in his 20s or 30s.

He was last seen wearing a black hooded sweatshirt and a black mask, authorities said.