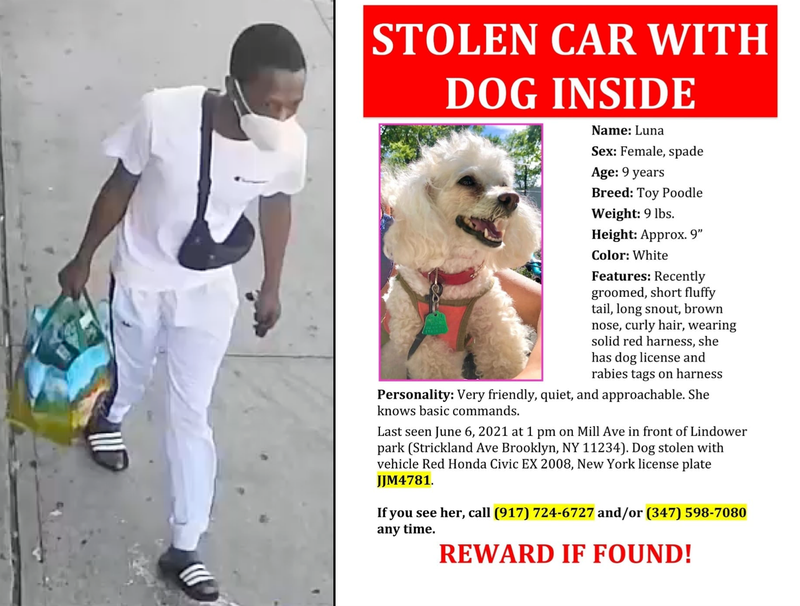 NEW YORK (WCBS 880) – A man pulled a 73-year-old woman out of a car in Brooklyn and then drove away with her pet dog still in the vehicle, police said Thursday as they released surveillance video of the suspect.

The victim was sitting in her parked red Honda Civic near Mill Avenue and Mayfair Drive in the Mill Basin neighborhood around 1:15 p.m. Sunday when a man wielding a walking stick opened the driver’s side door, police said.

WANTED for ROBBERY: On 6/6, at 1:15 PM, near Mill Ave & Mayfair Dr in Brooklyn, a 73-yr-old female was sitting in her car and was physically removed from the vehicle by the suspect. He then drove away with the victim's dog in it. Any info? Call/DM @NYPDTips at 800-577-TIPS. pic.twitter.com/zMIe8EOBDq

The man pulled the woman out of the car, got inside and drove off, according to police.

The woman suffered a head injury and was taken to an area hospital in stable condition, police said. 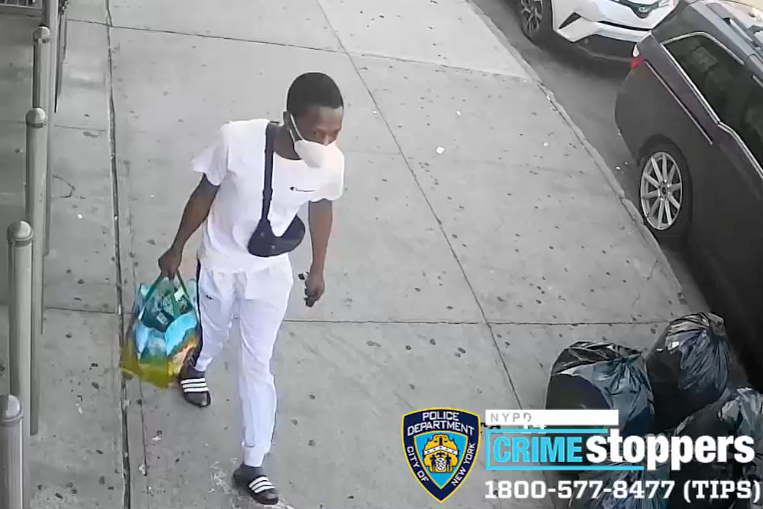 The woman’s dog, a Toy Poodle breed named Luna, was still inside the vehicle when the man fled, police said.

While the stolen car was recovered in Williamsburg, Luna the dog was still missing, according to a post on the Facebook page “Lost and Found Pets in Brooklyn” on Wednesday.

Posted by Lost and Found Pets in Brooklyn, New York on Tuesday, June 8, 2021