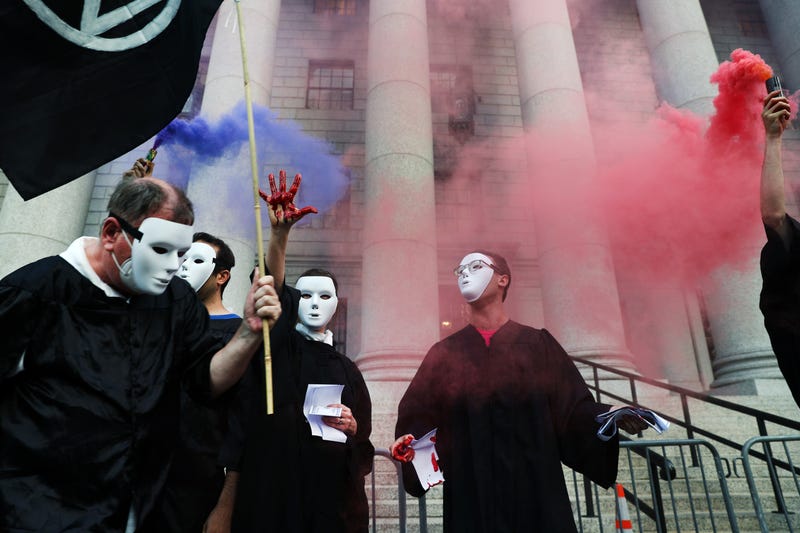 Climate activists, including members of Extinction Rebellion, participate in a demonstration in front of the Thurgood Marshall US Courthouse against a recent Supreme Court ruling on June 30, 2022 in New York City. In a ruling that sent anger through the environmental community, the Supreme Court curbed the Environmental Protection Agency's ability to broadly regulate carbon emissions from existing power plants. The decision will further limit the Biden administration’s authority to restrict the carbon pollution that is contributing to global warming. Photo credit Spencer Platt/Getty Images
By Curtis Brodner

The rally took place at 5:30 p.m. in front of the Thurgood Marshall United States Courthouse, after the Supreme Court curtailed the Environmental Protection Agency’s ability to regulate emissions that are causing climate change.

Climate activists and advocates for the Build Public Renewables Act seized on the Supreme Court’s decision as cause to hold an emergency legislative session for the bill.

Assembly Speaker Carl Heastie refused to bring the bill to a vote on the last day of the New York State legislative session in early June despite having support from 83 members of the 151-member body, per a count by Public Power New York.

After facing backlash for killing the bill, Heastie announced he would hold a July 28 hearing on the legislation while the legislature is out of session. 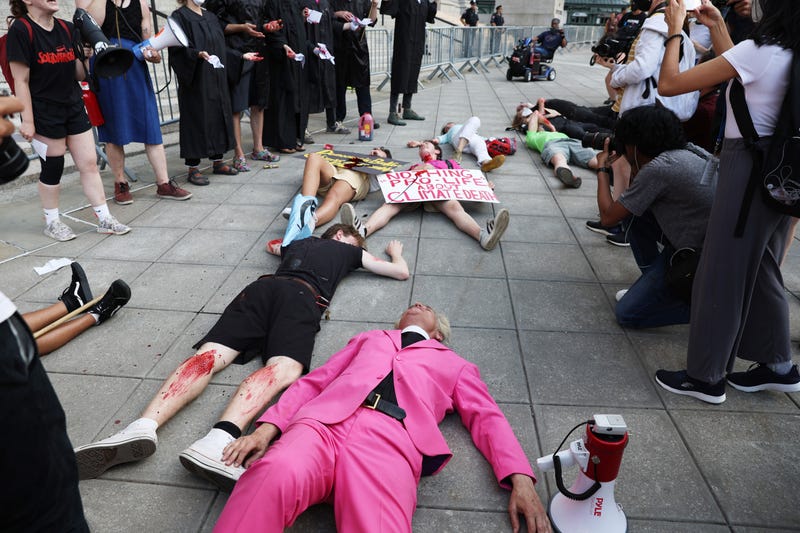 Flyers for the rally demanded Hochul and Heastie “stand up for our climate since Washington won’t.”

Demonstrators held signs calling on Heastie and Hochul by name to hold a special session for the BPRA.

🗽🌎🗽New York must be a beacon of light now 🗽🌎🗽@GovKathyHochul @CarlHeastie Don’t be like #SCOTUS Call for a Special #NYSClimateSession #BuildPublicRenewables pic.twitter.com/yfDjj7zPd9

“The Supreme Court’s ruling on the Federal Government’s lack of authority to regulate carbon emissions clearly illustrates how far our democracy has given into private corporations and strayed from ensuring our collective safety,” said Sarahana Shrestha, a New York Assembly candidate who recently won her primary against an incumbent Democrat. “As the Democratic nominee for Assembly District 103, I call on Speaker Carl Heastie to start by convening a special session on August 3rd to pass the Build Public Renewables Act, which would put us on the path to the just and clean future we desperately need.”

The rally took place as state legislators met for a different emergency session that Hochul called to vote on gun legislation in response to the Supreme Court’s decision to strike down portions of New York’s gun control rules. 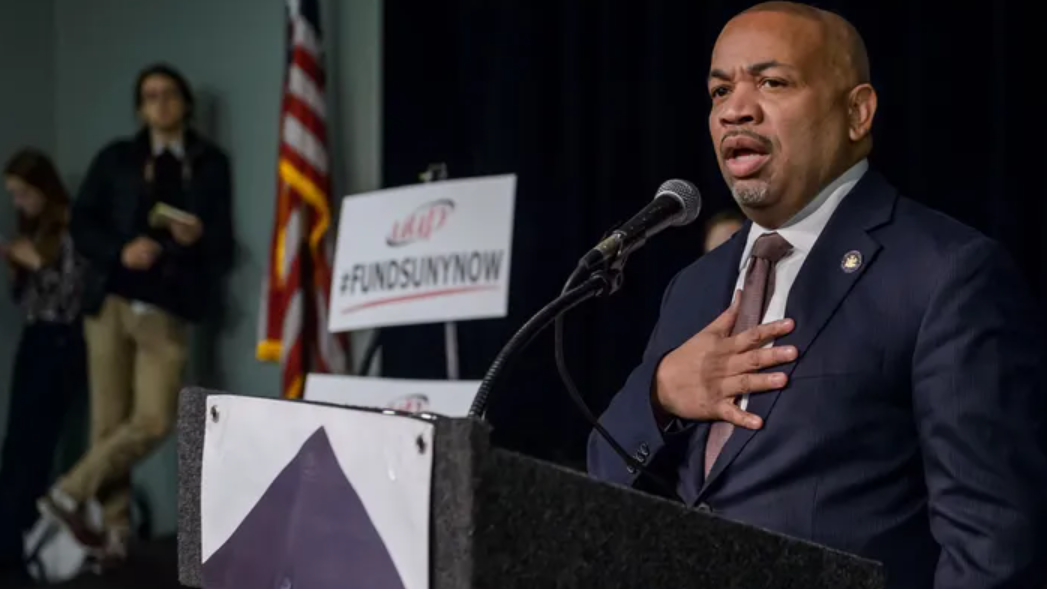 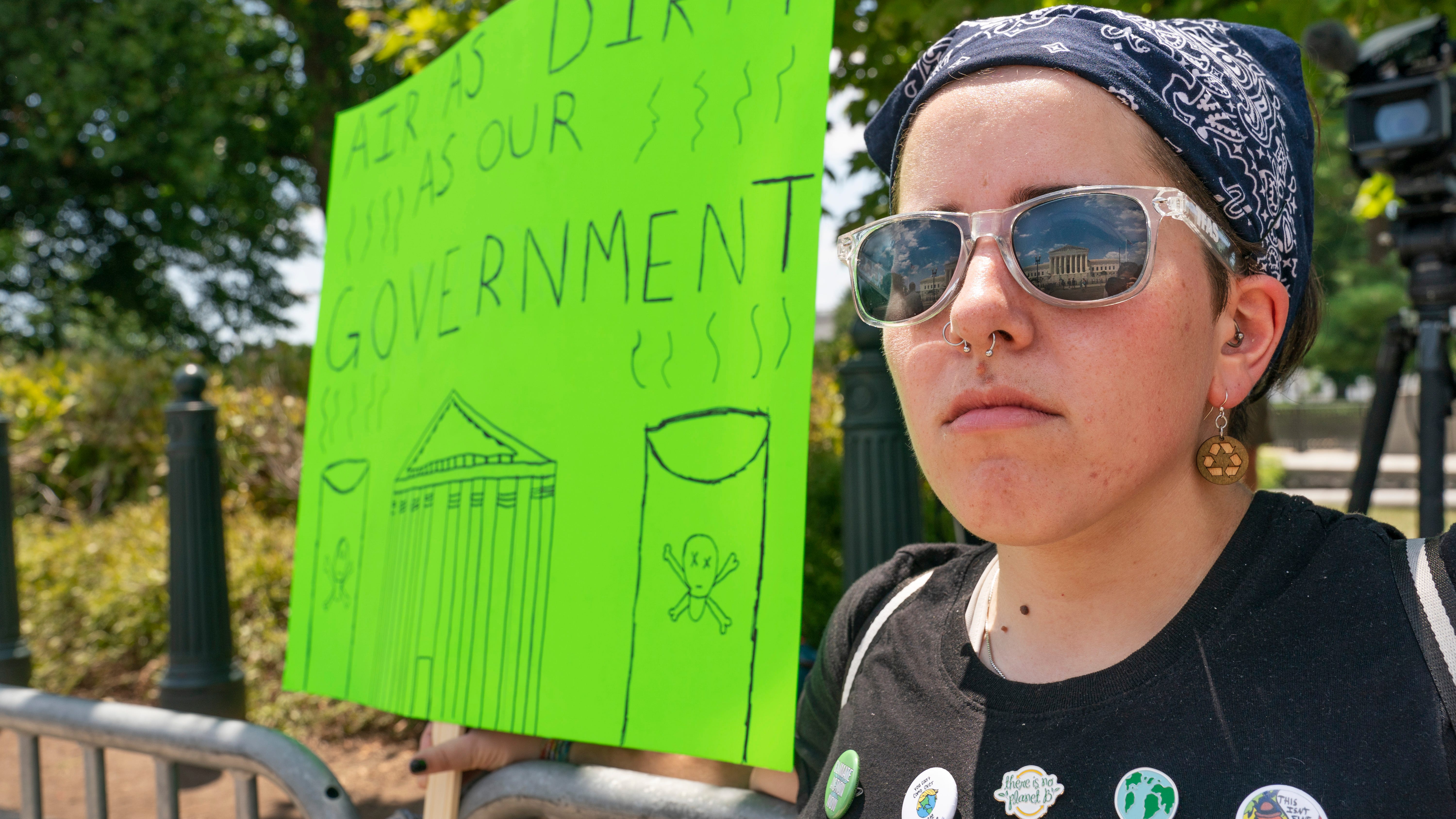