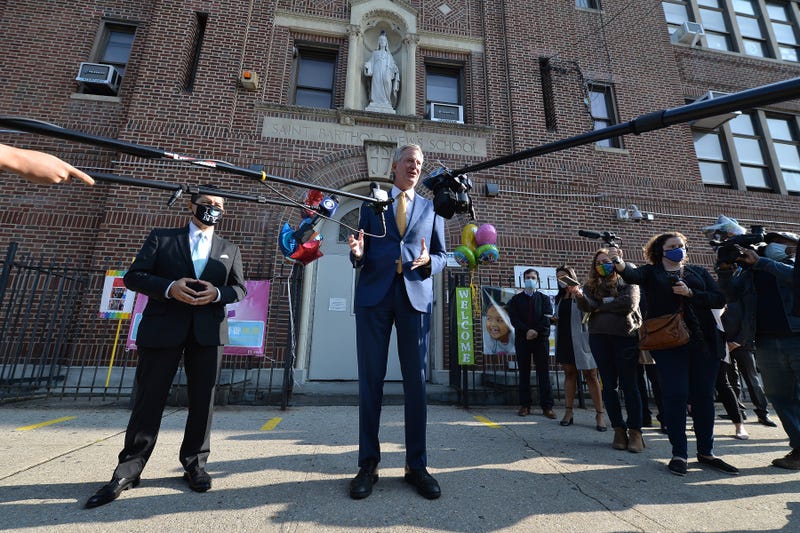 NEW YORK (WCBS 880) -- Mayor Bill de Blasio said Friday that parents should “be prepared” for the possibility of schools shutting down “as early as Monday” as the city’s rolling positivity rate continued to climb towards a 3% benchmark that would trigger closures.

The mayor said the city will “immediately alert parents” if public schools plan to close, and he’s urging families to plan for that potential announcement as soon as this weekend.

“People should get ready,” de Blasio said in a radio interview. “This is not something any parent wants to deal with. But we should get ready. And parents should have a plan for the rest of the month of November. I think that’s the safe way to think about it. Have an alternative plan beginning as early as Monday for whatever will help them get through this month if school is not open.”

De Blasio said updates would be provided on Saturday and Sunday mornings as soon as the new indicators come in.

The mayor said the percentage of people testing positive for COVID over a seven-day span rose to 2.83% on Friday, up from 2.6% reported Thursday.

“That is a high number, that is a number that has gone up since yesterday,” de Blasio said. “It is still below 3%—so schools remain open—but that number has gotten quite close to 3% and we are making preparations as a result.”

De Blasio said there are exceptions to the closures, including community-based organizations that provide pre-K and 3-K and Learning Bridges, a childcare program that’s provided for free.

“So there are options that will be available if we get to that point, but I want to urge parents to have a plan ready,” the mayor said.

Schools Chancellor Richard Carranza advised the city's principals in an email Thursday night to prepare for a potential temporary shift to all-remote learning.

The chancellor also included a list of recommendations for "contingency planning," including ensuring that each school’s inventory of devices and LTE-enabled iPads are distributed to students who need them and that contact information for families is up-to-date. 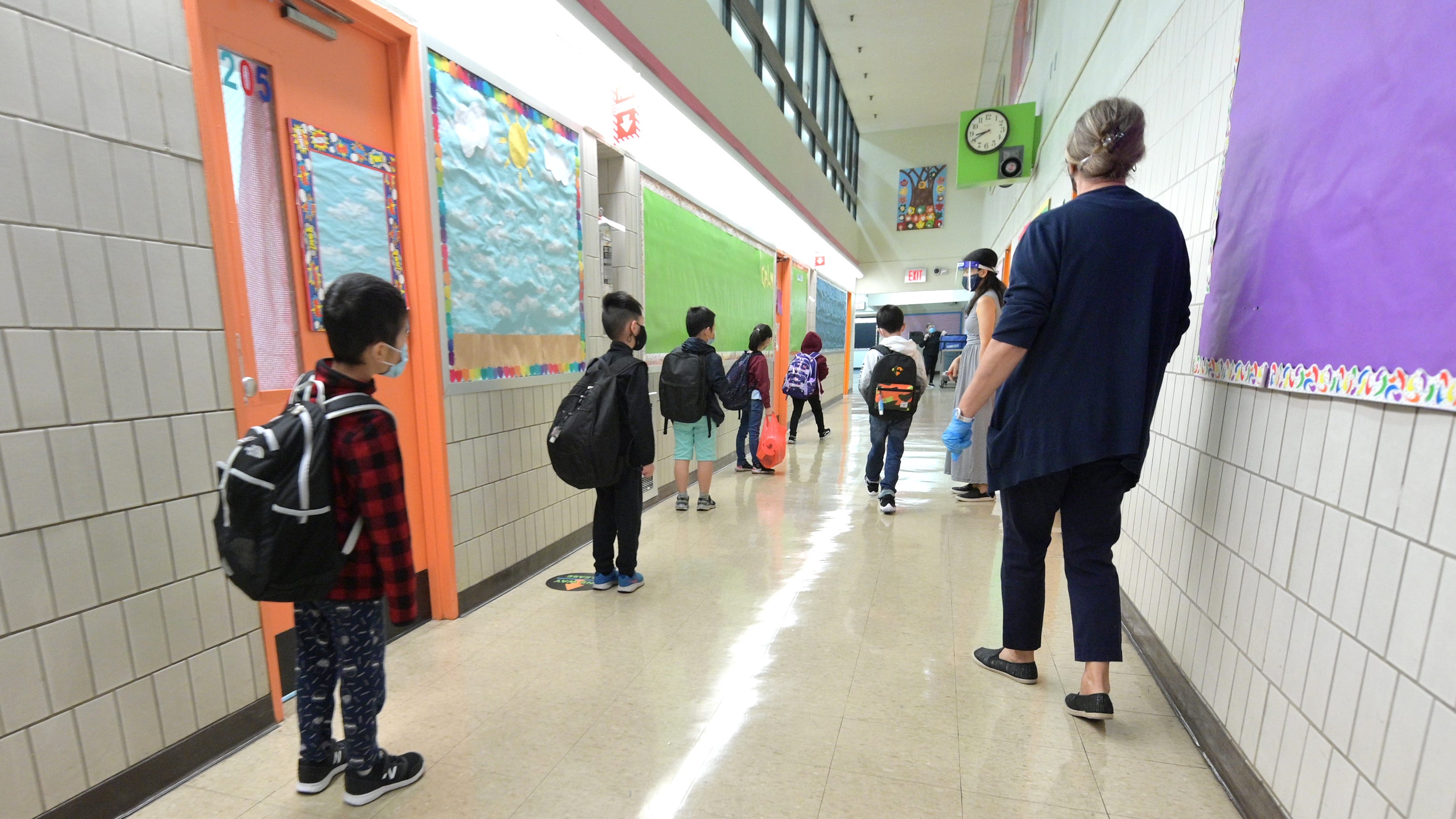 De Blasio has fought hard to open schools, and the transmission rate in them is remarkably low at just 0.18%. But the mayor warned the city would be steadfast in closing schools the moment the five boroughs hit a 3% positivity rate on a seven-day rolling average.

“We had to prove to people it’d work, and we have been able to do that, but we also said if this situation changed in the city, we’re going to have a very, very tough standard. And we’re sticking to that standard,” de Blasio said at a briefing Thursday.

The mayor added that there’s “still a chance to avert” a shift to remote and “that’s why it’s so urgent that everyone does what we’re calling upon them to do,” including wearing masks and avoiding indoor gatherings.

Parents have reason to fear a switch to all-remote would be just as disruptive as it was in March and April, but the mayor emphasized that this time around the Department of Education is much more prepared.

Michael Muglrew, the president of the United Federation of Teachers union, told NY1 that he foresees a shutdown by Thanksgiving, and educators are ready for a switch to all-remote.

“We should be ready to go. My concern really is the technology. I don’t want parents and students getting the runaround,” Muglrew said.

In a recent Daily News op-ed, Mulgrew said the city has hundreds of thousands remote devices but that not all of them are WiFi-enabled or are yet in the hands of families who need them.