Employees at the flagship Apple store on Fifth Avenue stand at the entrance during the store's closure on March 15, 2020 in New York City. Photo credit Stephanie Keith/Getty Images
By Brian Brant

NEW YORK (1010 WINS) — Gunfire broke out outside of Apple's flagship store in Midtown early Wednesday — just one block from Trump Tower, where former President Donald Trump had been staying ahead of his deposition with the state Attorney General's Office.

Police said shots rang out just around 4 a.m. on Fifth Avenue near East 59th Street, in front of the iconic store that's across from the Plaza Hotel. No one was struck.

It's also just a block away from where Trump was sleeping ahead of his highly anticipated deposition as part of Attorney General Letitia James' civil investigation into the Trump Organization.

Police are looking for four male suspects in their 20s who were last seen fleeing in white sneakers and shorts, with one also sporting a hoodie.

Two of the suspects headed south on Fifth Avenue in a black sedan, while two others ran east on Madison Avenue, cops told the New York Post.

The Apple store, which is open 24 hours a day, had no connection to the gunfire, according to the report.

Citizen App Video shows police investigating the scene in front of the store after the incident. 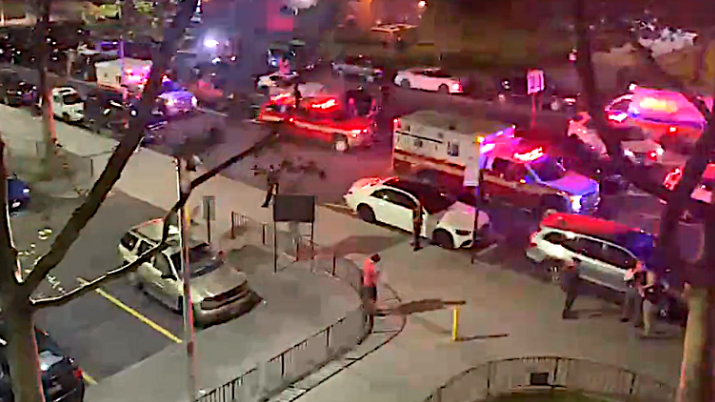 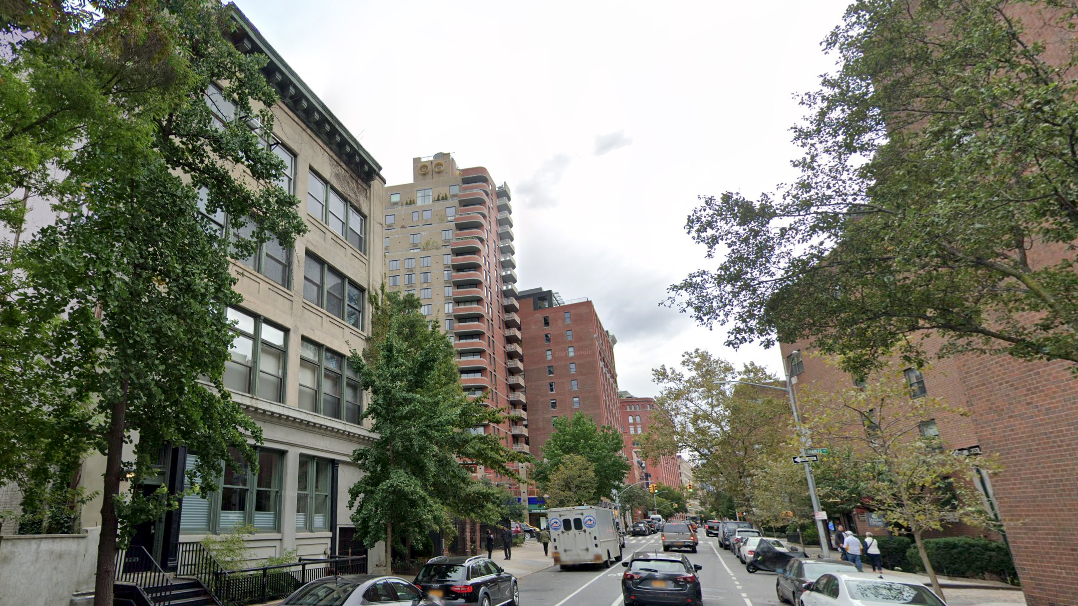