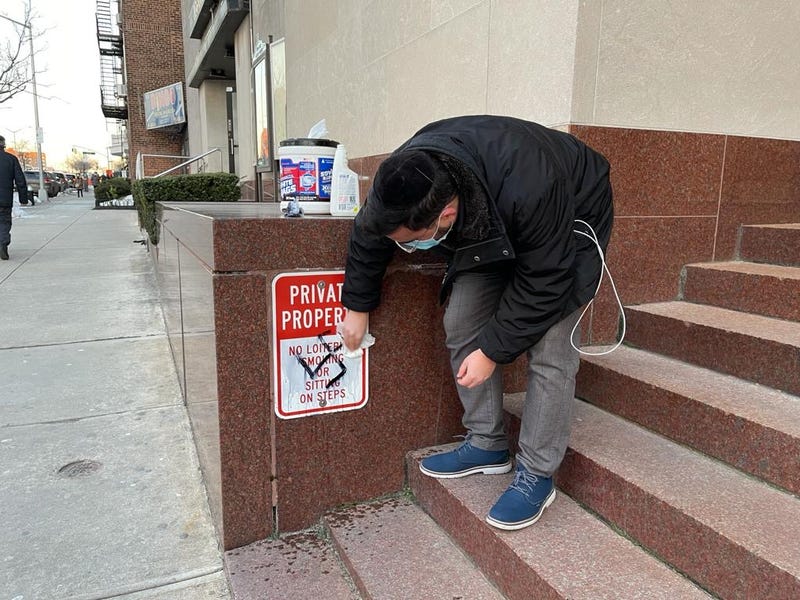 NEW YORK (WCBS 880) — The State Police Hate Crimes task force on Thursday was directed to assist in the investigation of anti-Semitic graffiti found outside a Queens Jewish Center.

According to Avi Cyperstein, a candidate for City Council, the swastika was found scrawled across a “public property” sign affixed to the steps that lead into the synagogue on Queens Blvd. in the Rego Park section of the borough.

He notes that upon discovering the hate symbol, he noticed the paint was still wet and says it was likely a recent act.

Cyperstein said that NYPD officers and members from the Hate Crimes Unit collected evidence, including photographs, and then he and a member of the Queens Borough Safety Patrol were able to remove the graffiti. 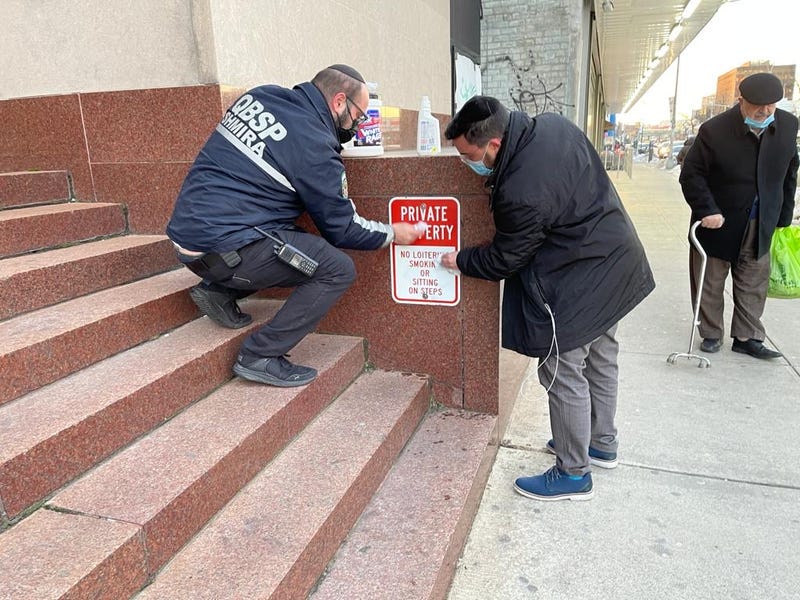 Avi Cyperstein and a member of the Queens Borough Safety Patrol remove a hate symbol from a Jewish Center in Rego Park on Tuesday, Feb. 16, 2021. Photo credit Avi Cyperstein

In a statement, he said that hateful acts such as this are happening more and more frequently, and he hopes that the city can put a stop to the rise in crime.

“Hate is a problem that has been on the rise and getting worse over time in NYC. Not just against Jewish people but across many diverse communities including Asian Americans. However, it takes a particular kind of hatred to draw a swastika on a synagogue,” Cyperstein said. “We have to remember what a swastika represents, and we have to ensure that crime of this type is investigated to the fullest extent and that criminals who do such things are prosecuted and held responsible for their deliberate actions. As a community activist, nonprofit founder and first responder, now running for City Council District 29, I am hearing more about these incidents and it’s important that these hate crimes be taken seriously and not let it become the norm.”

Today our Dispatcher received a hotline call from a community member In regards to a swastika written on a synagogue in Forest Hills. Thanks @NYPD112Pct for the quick response investigating this heinous act of hate. #StopTheHate @NYPDHateCrimes pic.twitter.com/x74r3EpmzP

Gov. Andrew Cuomo on Thursday said he was “disgusted” by the hate-filled graffiti found at a place “where many members of the Jewish community come to feel safe and at home.”

“This hateful act is the work of a coward who only seeks to instill fear in our communities, and it will not be tolerated,” the governor said in a statement.

He has directed the New York State Police Hate Crimes Task Force to assist in an investigation into the incident.

"There is no place for hate in New York State - not now, not ever - and we will continue to condemn these hateful acts whenever and wherever we see them,” Cuomo added.

The directive from the governor came just one day after NYPD officers said they found another swastika found on NYU’s campus in Manhattan.

That graffiti was originally discovered on Saturday and police say an individual sprayed the hateful image along with anti-Black rhetoric on the side of the building at around 11 a.m.

That individual is described as a light-skinned male, between 5'8 to 5'10 in height, and heavyset in weight.  He was last seen wearing a dark colored snorkel jacket, dark blue jeans, black sneakers and a newsboy cap. 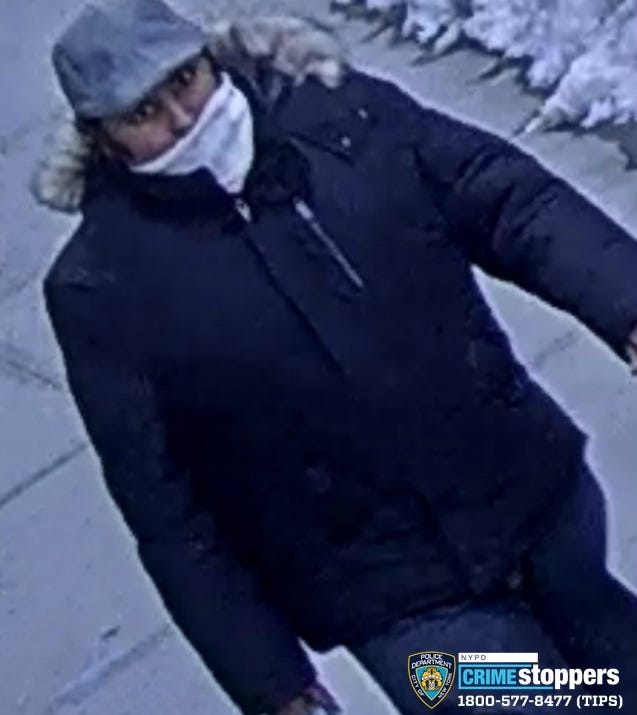 Suspect sought by police for allegedly spray-painting a swastika on the side of an NYU building. Photo credit NYPD

Cuomo has also directed the State Police Hate Crimes Task Force to assist in that investigation saying, "I am appalled by reports of a swastika and other hateful graffiti that was found spray painted on the side of an NYU building."