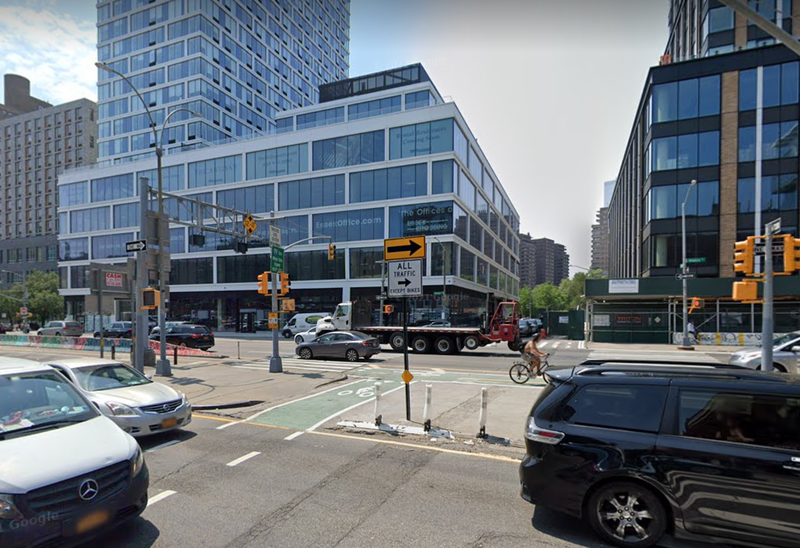 The intersection of Delancy and Suffolk streets, where a teen boy was fatally shot in the face Friday night, police said. Photo credit Google Street View
By Vincent Barone

NEW YORK (1010 WINS) — A teen boy was fatally shot in the face Friday night on the Lower East Side —hours before an unrelated, deadly stabbing in the area, police said.

The 16-year-old — as well as another victim — were struck near the busy intersection of Delancy and Suffolk streets around 8:30 p.m., according to police.

The teen was found in the street unconscious and unresponsive not far from the entrance to the Williamsburg Bridge, police said.

He was transported to NYC Health + Hospitals/Bellevue, where he was pronounced dead.

The second victim transported himself to Mount Sinai Beth Israel hospital in stable condition with a gunshot wound to his hip, police said.

Roguhly 4.5 hours later, less than a mile away, a 51-year-old man was stabbed to death in an unrelated attack, police said.

The man was found stabbed in his face and abdomen in FDR Park, near Hester and Chrystie streets, around 1:05 a.m. Saturday morning, police said.

The man was also transported to NYC Health & Hospitals/Bellevue, where he was pronounced dead, police said.