NEW YORK (1010 WINS/WCBS 880) -- Two suspects were taken into custody Thursday after police released gruesome video overnight of five people wanted in connection with the death of a cab driver who was beaten in an attempted robbery in the Rockaways over the weekend.

The NYPD also released a clear image of one of the suspects and identified him as Austin Amos, 20, of Queens. It's unclear if Amos is one of the two people in custody.

The two suspects surrendered to police Wednesday night at the 101st Precinct stationhouse in Far Rockaway, where they were interviewed for hours.

Charges against the pair were pending, police said.

In addition to Amos, police were searching for another unidentified man, also about 20, and three teenage girls believed to be between 13 and 16 years old. 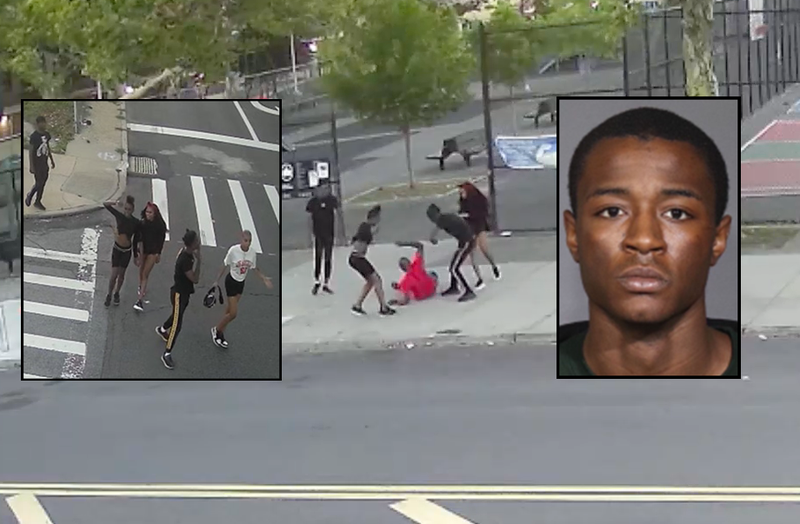 Police were searching for five suspects, including Austin Amos, in the beating death of a cabbie in Queens on Saturday. Photo credit NYPD

The cabbie, Kutin Gyimah, chased after the five suspects in Edgemere around 6:30 p.m. Saturday after they refused to pay the fare and fled his taxi, according to police.

Gyimah, 52, pursued the passengers to the corner of Beach 54th Street and Arverne Boulevard, where he managed to catch one of them before the others ganged up on him outside Arverne Playground.

New video shows Gyimah being punched and kicked by the group before one of the men punches him in the head and knocks him to the ground.

Gyimah struck his head on the pavement and lost consciousness. EMS rushed him to St. John's Hospital, where he was pronounced dead.

Gyimah was a married father of four from Ghana who lived with his family in the Bronx. A GoFundMe for his family has raised more than $100,000, while the New York State Federation of Taxi Drivers has a $15,000 reward up for information leading to an arrest. 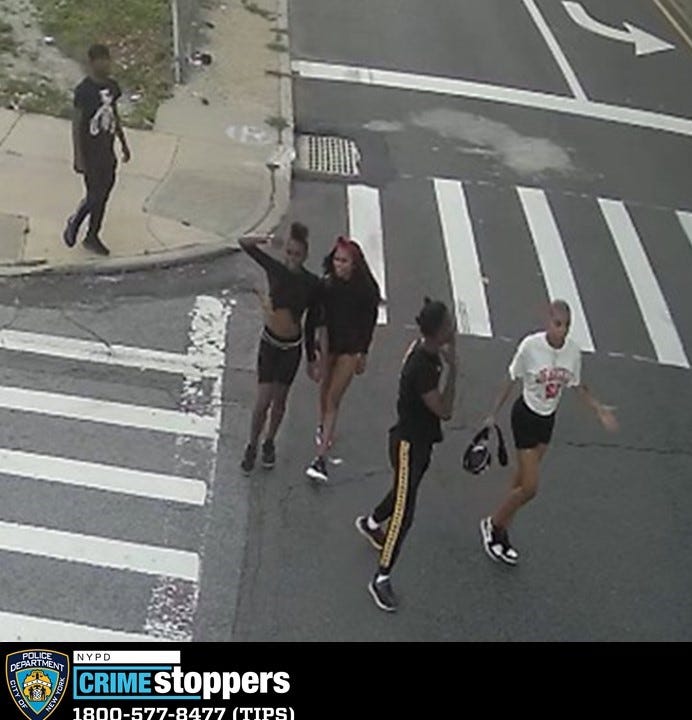 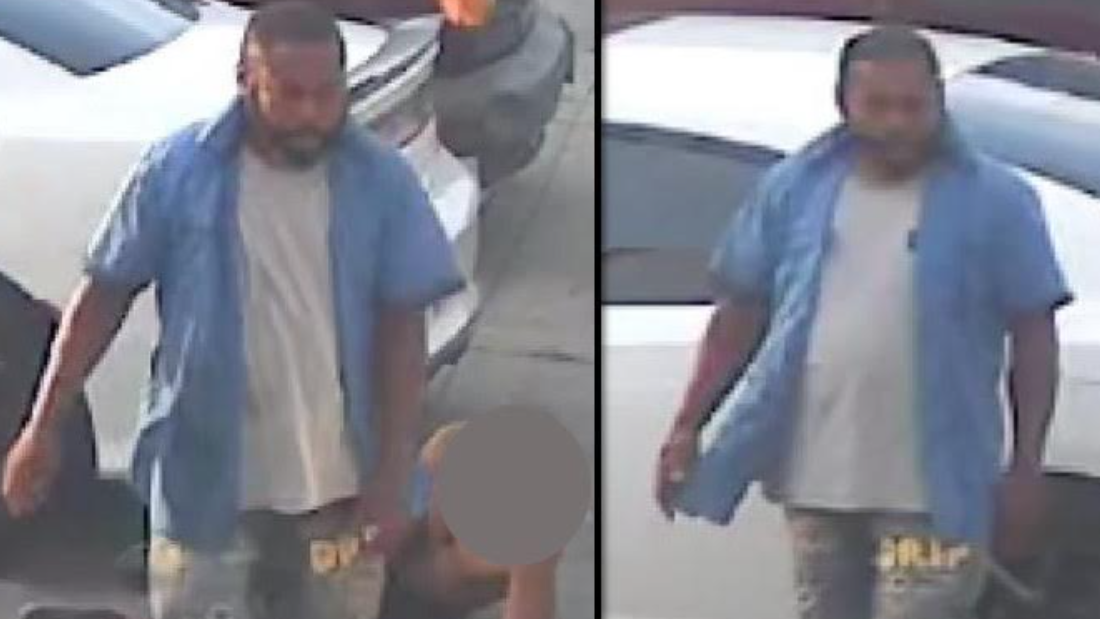 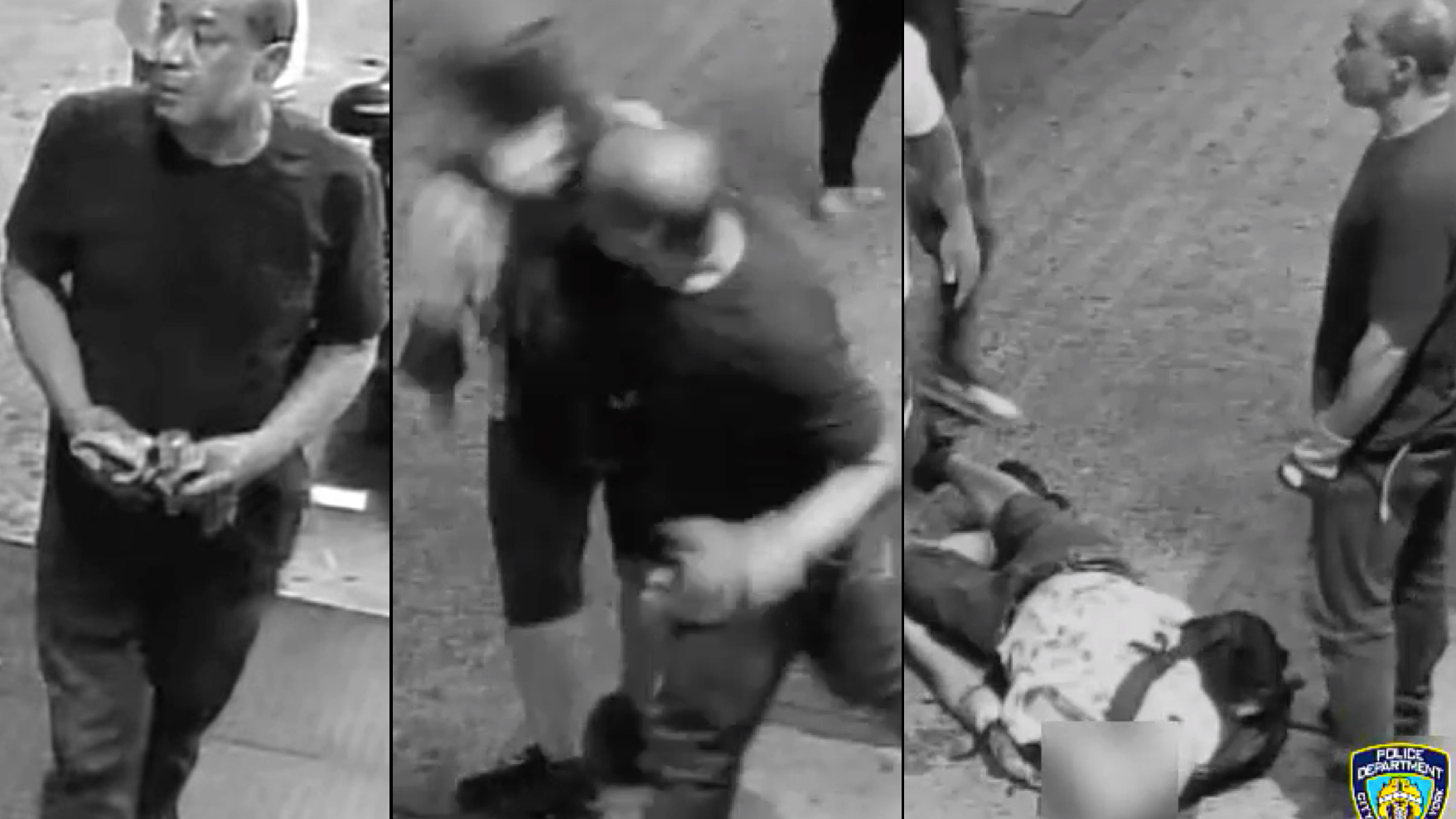