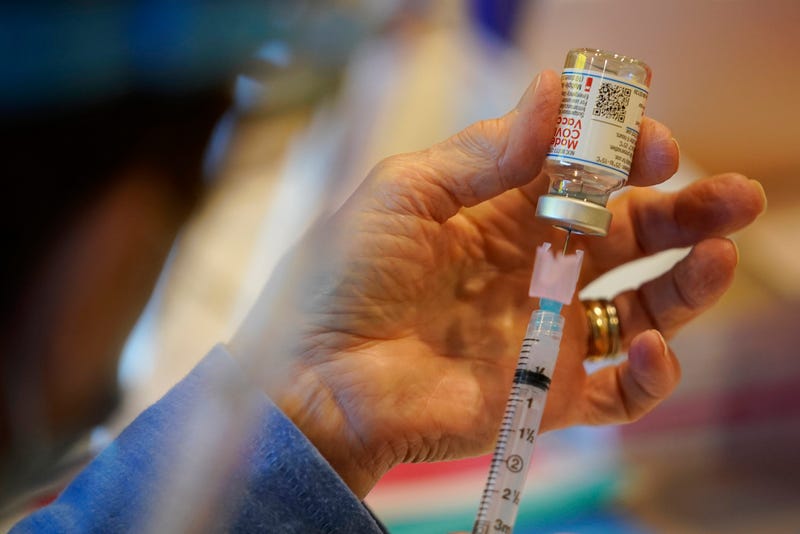 Moderna said Monday that a low dose of its COVID-19 vaccine is safe and appears to work in 6- to 11-year-olds, as the manufacturer joins its rival Pfizer in moving toward expanding shots to children.

Pfizer's kid-size vaccine doses are closer to widespread use. They are undergoing evaluation by the Food and Drug Administration for youngsters in nearly the same age group, 5 to 11, and could be available by early November. The company's vaccine already is authorized for anyone 12 or older.

Moderna hasn't yet gotten the go-ahead to offer its vaccine to teens but is studying lower doses in younger children while it waits.

Researchers tested two shots for the 6- to 11-year-olds, given a month apart, that each contained half the dose given to adults. Preliminary results showed vaccinated children developed virus-fighting antibodies similar to levels that young adults produce after full-strength shots, Moderna said in a news release.

The study involved 4,753 children ages 6 to 11 who got either the vaccine or dummy shots. Moderna said that like adults, the vaccinated youngsters had temporary side effects including fatigue, headache, fever and injection site pain.

The study was too small to spot any extremely rare side effects, such as heart inflammation that sometimes occurs after either the Moderna or Pfizer vaccines, mostly among young men.

Moderna released no further details and hasn't submitted its data to a scientific journal but said it plans to share the interim results with the FDA and global regulators soon. The study is still going o