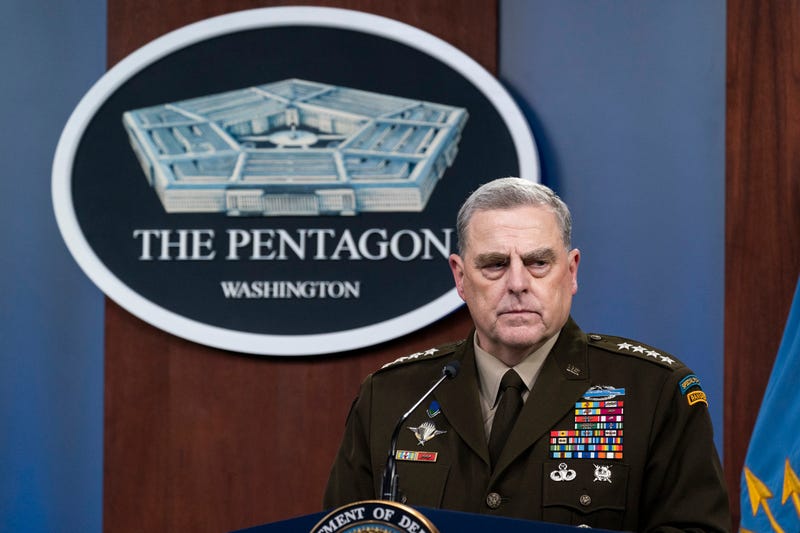 ATHENS, Greece (AP) — Against the backdrop of the troop withdrawal from Afghanistan, the top U.S. military officer is meeting in Greece with NATO counterparts this weekend, hoping to forge more basing, intelligence sharing and other agreements to prevent terrorist groups from regrouping and threatening America and the region.

Army Gen. Mark Milley, chairman of the Joint Chiefs of Staff, said the meeting of NATO defense chiefs will focus in part on the way ahead now that all alliance troops have pulled out of Afghanistan and the Taliban are in control.

Milley, U.S. Defense Secretary Lloyd Austin and American intelligence officials have warned that al-Qaida or the Islamic State group could regenerate in Afghanistan and pose a threat to the United States in one year to two years.

The U.S. military has said it can conduct counterterrorism surveillance and, if necessary, strikes in Afghanistan from “over the horizon” — meaning from assets based in other countries. But they have made it clear that surveillance flights from bases in the Persian Gulf are long and provide limited time in the air over A