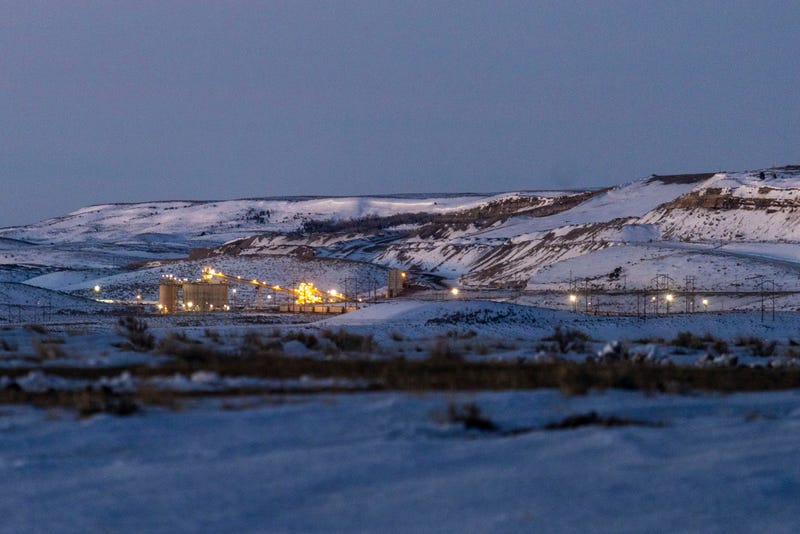 WASHINGTON (AP) — More than 500 days into his presidency, Joe Biden's hope for saving the Earth from the most devastating effects of climate change may not quite be dead.

But it's not far from it.

A Supreme Court ruling Thursday not only limited the Environmental Protection Agency’s ability to regulate climate pollution by power plants but also suggests the court is poised to block other efforts by Biden and federal agencies to limit the climate-wrecking fumes emitted by oil, gas and coal.

It’s a blow to Biden’s commitment to slash emissions in the few years scientists say are left to stave off worse and deadlier levels of global warming. And it’s a sign, to Democrats at home and allies abroad, of the dwindling options remaining for Biden to reverse the legacy of President Donald Trump, who mocked the science of climate change. Trump’s three Supreme Court appointees provided half of the affirmative votes in Thursday’s 6-3 ruling.

After the ruling, a veteran Democratic lawmaker acknowledged he saw little hope of Congress producing any meaningful climate legislation, either. “There’s no easy fix from Congress from this mess,” Rhode Island Sen. Sheldon Whitehouse said. The foreign allies whom Biden once spoke of leading to a global clean-power transformation are wondering if the United States can even lead itself.

The climate decision in some ways “may have broader impacts at least on the European populace that this is a country that, A: can’t get things done and B: is going in a really bizarre direction domestically,” said Max Bergmann, director of the Europe program at the Center for Strategic and International Studies.

And in a Houston neighborhood entering hurricane season, a man who had spent four decades advocating for the Black communities and other communities of color and poorer communities hit hardest by pollution and the record heat, cold, floods and storms of climate change reacted to the ruling like many others did — saying salvaging climate efforts depends on Biden now, and his willingness to act and lead.

“This is real,” said Robert Bullard, an academic who became a pioneer in what became the U.S. environmental justice movement, of the multiplying natural disasters – the kind scientists say are influenced by the heating atmosphere -- wrecking cities on America’s vulnerable Gulf of Mexico.

“Those communities that have been flooded out...some of those communities still have blue tarps on their houses,” Bullard said. “So I don’t think the Supreme Court and and some of our elected officials are speaking about the urgency of where we are when it comes to our climate.”

Biden's EPA still has meaningful moves left to make, but it must move quickly, Eric Schaeffer, a former director of civil enforcement at the agency, said in a statement. Among them: Speed up a new rule limiting carbon pollution from power plants, make long overdue updates to standards on toxic discharges from the plants and move faster to crack down on leaks of climate-damaging methane in natural gas as the Biden administration has already promised.

After Thursday’s ruling, the EPA pledged to put forward a new proposed carbon rule for power plants by early next year.

Biden has pledged to cut the nation’s greenhouse gas emissions in half by the end of the decade and to have an emissions-free power sector by 2035.

"Our fight against climate change must carry forward, and it will," Biden said in a statement after the ruling that offered no guarantees of success.

His team would “find ways that we can, under federal law, continue protecting Americans” from pollution and climate change, Biden said.

The dismay expressed at the Supreme Court action by many among what is a majority of people in America who say they care deeply about climate change reflected this was only the latest setback to Biden’s early promises to slash emissions.

Climate parts of the legislation were meant to kickstart America's transformation into a land of electric cars, clean industry and energy-efficient buildings. Biden was able to move forward some smaller parts of his proposal, including electric car chargers.

And this year, in a development as dangerous for Biden's early climate hopes as the Supreme Court ruling, a global oil and gas supply crunch has sent gas prices pinging off record highs. It's fueled inflation and voter anger against Biden, and potentially other Democrats.

The energy shortfall left Biden scrambling for additional oil and gas. It's also left it unclear whether he still feels he has the political capital to lead the U.S. move to renewable energy as decisively as he promised as a candidate and in his first months in office.

One is ambitious, shrewd executive action — if Biden dares — to push through carefully targeted emission-cutting steps.

A second is climate action by California and the other blue states that earlier swung into action to challenge Trump's climate rollbacks in court.

A third option is a pitch that Biden and Democrats are throwing to voters more and more — elect enough Democrats in the midterms to allow Congress to pass laws thwarting rollbacks by conservatives, in Congress and on the Supreme Court.

The Supreme Court ruling came as Biden was savoring a successful gathering with NATO allies, who have rallied behind the U.S. in confronting Russia’s invasion of Ukraine. After Biden’s early proclamations in summits at the outset of his term that “America is back!,” the setback in the Supreme Court underscored to allies how vulnerable the U.S. president remains on the domestic front, including when it comes to fulfilling climate commitments.

As the ruling was released, Biden envoy John Kerry was flying out after an oceans conference in Portugal, still working for global and country-by-country commitments to cut emissions. Like Biden, Kerry's pledges on U.S. climate ambitions have grown more muted as obstacles grow.

The domestic climate setbacks have helped slow early global momentum for climate breakthroughs. They’ve weakened U.S. leverage as Kerry presses countries including China to swing away from coal and other damaging fossil fuels — something Biden had pledged the U.S. would lead on by example.