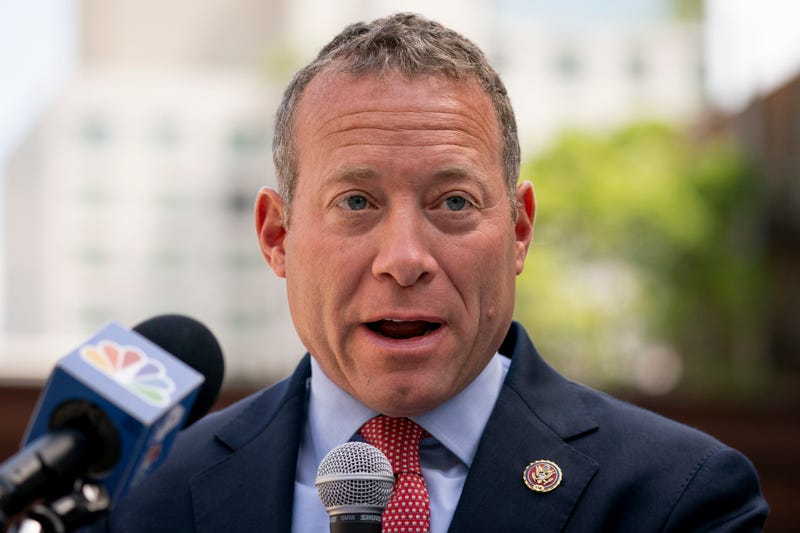 WASHINGTON (AP) — House Democrats on Thursday pushed through a long-sought policing and public safety package after overcoming internal differences on legislation they plan to make central to their election-year pitch.

The package of four bills passed in succession — all with bipartisan support — and headed to the Senate, where their fate is uncertain.

The Democrats' success came after party leaders spent hours wrangling with progressives who threatened to block the package over their concerns about increasing money for local police departments. A few lawmakers said the plan lacked the accountability measures that Democrats had once sought after the police killing of George Floyd in Minneapolis sparked protests against racial injustice.

The House ended up approving the money, including for departments with fewer than 125 officers, and aid for de-escalation training and mental health services. A chief objective is reducing fatal encounters between police and people with mental illness.

Other parts of the package would provide money for enhanced community violence intervention — a priority for progressives — and technology investments to help local investigators close unsolved cases, especially those involving gun crimes.

“The bottom line is that you can’t cut it or defund your way to safer communities and better police departments,” said Rep. Josh Gottheimer, D-N.J., one of the lead negotiators. “It’s about investing to protect. We must always have the backs of those who risked their lives every day to protect us.”

Despite the opposition from some liberals, there was support from top progressives Reps. Pramila Jayapal, D-Wash., and Ilhan Omar D-Minn., who had negotiated with Gottheimer, a moderate.

Reps. Joyce Beatty of Ohio, who leads the Congressional Black Caucus, and Hakeem Jeffries of New York, the Democratic Caucus chairman, facilitated a number of the conversations after it was clear in recent days that progress could be made.

After a deal was announced Wednesday, Democratic leaders quickly moved to bring the bills to a vote.

“We are proud of the work that we have been able to do here collectively as Democrats with different ideologies,” Omar told reporters. “And I think that this is the beginning, hopefully, of a process that we can continue to engage in.”

To get more liberals on board, language was included that would allow the Justice Department to have discretion over which police departments are permitted to receive the grants. It would also allocate departments to use any of the $60 million authorized for the data collection on police practices and community safety.

A policing package that passed in the House in March 2021 went much further, including banning police chokeholds and altering so-called qualified immunity for law enforcement, which would make it easier to pursue claims of police misconduct.

None of those provisions were included this time.

Rep. Cori Bush, who rose to prominence as an activist leader in Ferguson, Missouri, after the fatal police shooting of 18-year-old Michael Brown, said the current funding bill does little to address “the crisis of police brutality.”

“Even the most bare-bones accountability measures" passed last year failed to make it into the new package, Bush said in a statement.

Despite those internal divisions, the bills did attract some Republican support. Rep. John Rutherford, R-Fla., a co-sponsor of Gottheimer's funding bill, spent time on the floor Thursday urging other Republicans to join him in supporting it.

“This is for our law enforcement men and women. This is for those small agencies,” Rutherford, a former sheriff in Jacksonville, said. “We need to be able to help them out. And I can tell you the last 2 1/2 years has left law enforcement demoralized like I've never before seen it.”

More than 140 Republicans ended up voting for that bill.

But other Republicans called the Democrats' package a last-ditch effort to win over voters in the November elections.

“Democrats are bringing out these bills today because we're 46 days from a midterm election,” Rep. Pete Stauber R-Minn., said. “They want the American people to suddenly and miraculously believe that they care about the crime crisis plaguing our nation.”