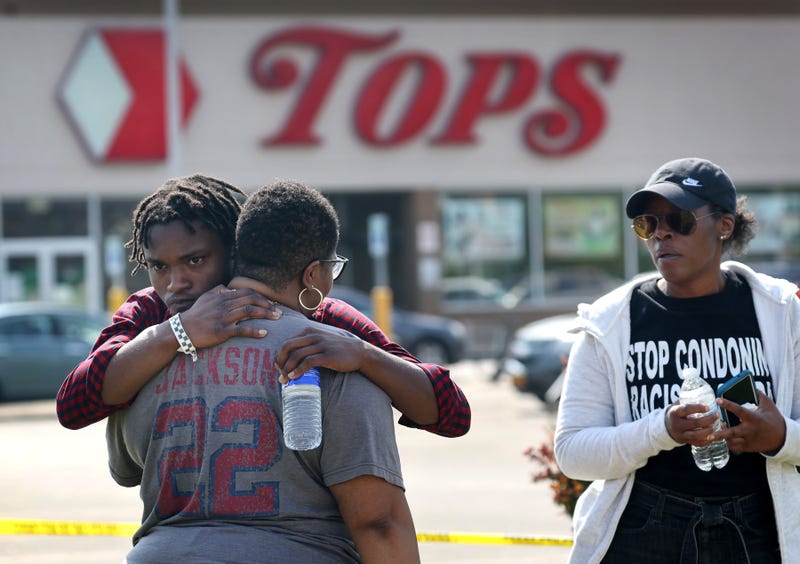 People gathered outside of Tops market embrace on May 15, 2022 in Buffalo, New York. The day before, a gunman opened fire at the store, killing ten people and wounding another three. Suspect Payton Gendron was taken into custody and charged with first degree murder. U.S. Attorney Merrick Garland released a statement, saying the US Department of Justice is investigating the shooting "as a hate crime and an act of racially-motivated violent extremism." Photo credit Scott Olson/Getty Images
By Curtis Brodner

BUFFALO, N.Y. (1010 WINS) — A 24-year-old Buffalo man was arrested for threatening to carry out further shootings just two days after the white supremacist terror attack at Tops supermarket in which 10 people were killed and three were injured, according to the Department of Justice.

Rolik Walker, who lives in Buffalo, allegedly created a Twitter account called @ConklinHero on May 16, on which he threatened to carry out shootings in the Buffalo area and said he was “only looking to kill blacks.”

The Twitter handle is a reference to the man who carried out the shooting at Tops supermarket in Buffalo on May 14 who was from Conklin, New York.

All ten of the people murdered by the Buffalo shooter are Black, and he specifically targeted the supermarket because it is located in a predominantly Black neighborhood.

Walker used an app to mask his IP address in an attempt to hide his identity, according to prosecutors.

FBI agents were still able to trace the account to Walker’s home though.

He reportedly admitted to making the account, which has since been deactivated, when he was interrogated by Buffalo police, The Buffalo News reported.

Prosecutors charged Walker with making an interstate threat, which carries a maximum sentence of five years in prison and a $250,000 fine.

He made his first court appearance on Thursday, and was granted conditional release.

The conditions include travel restrictions, submitting to mental health evaluations and reporting any police contact within 72 hours. 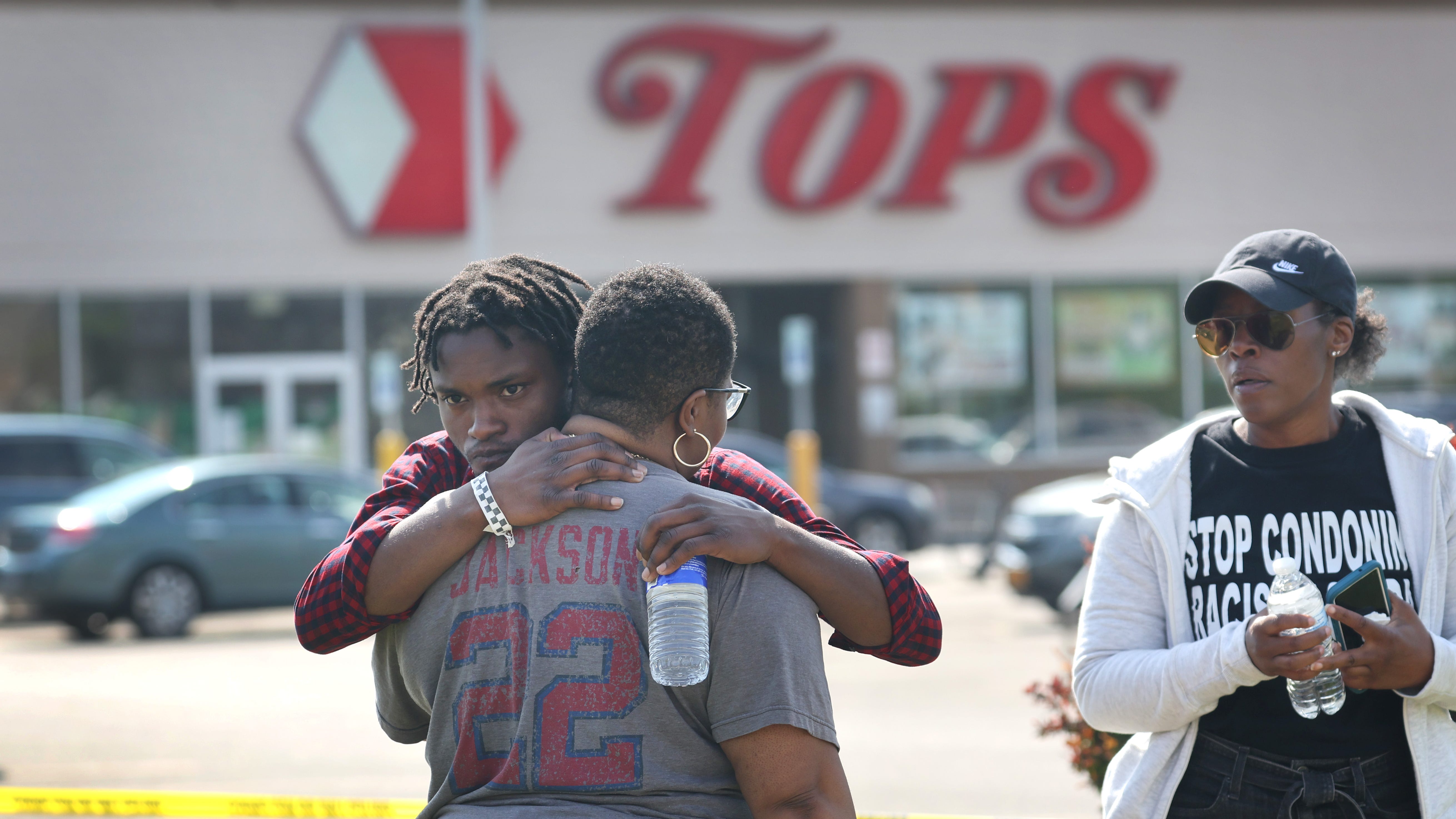 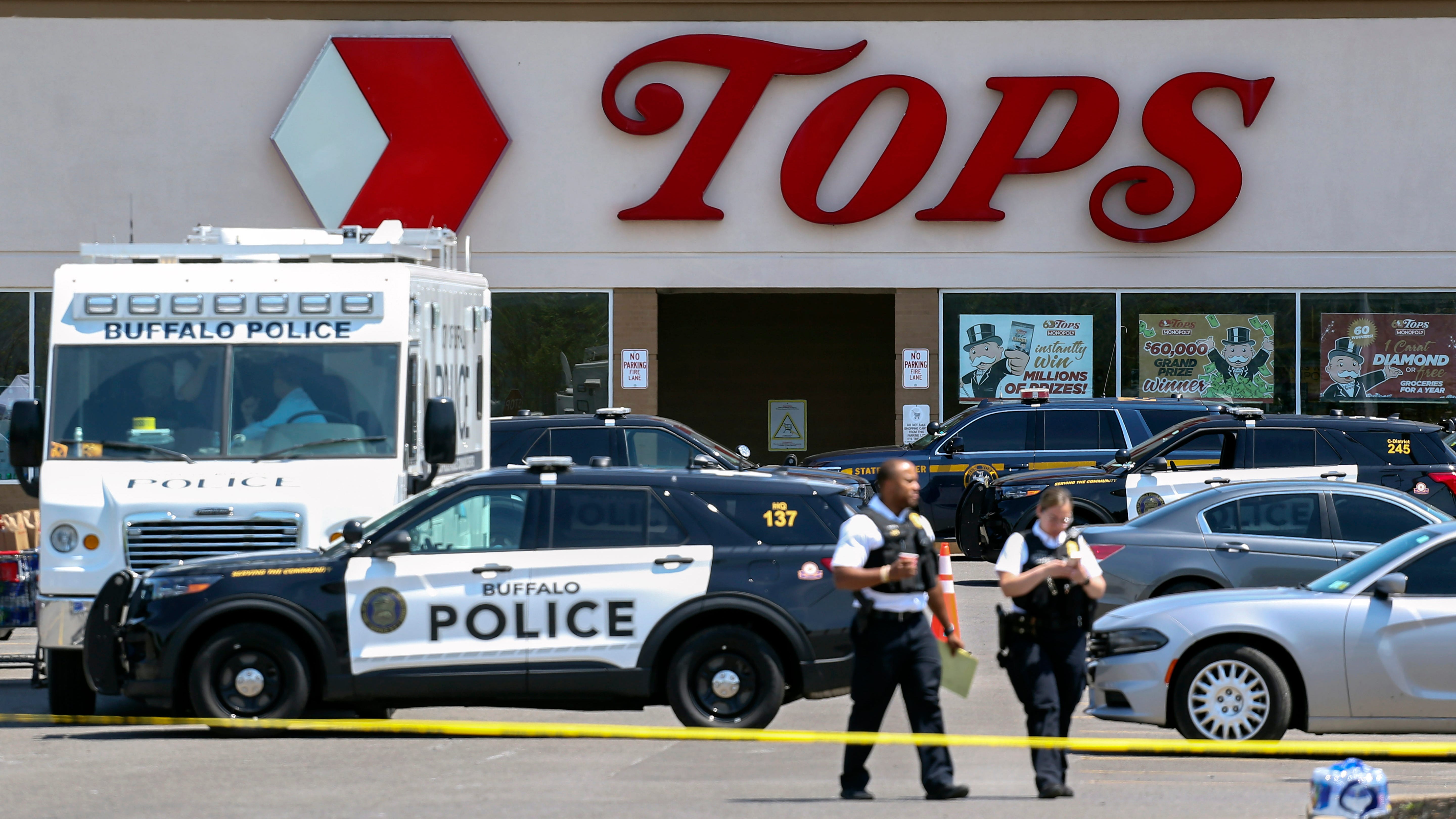