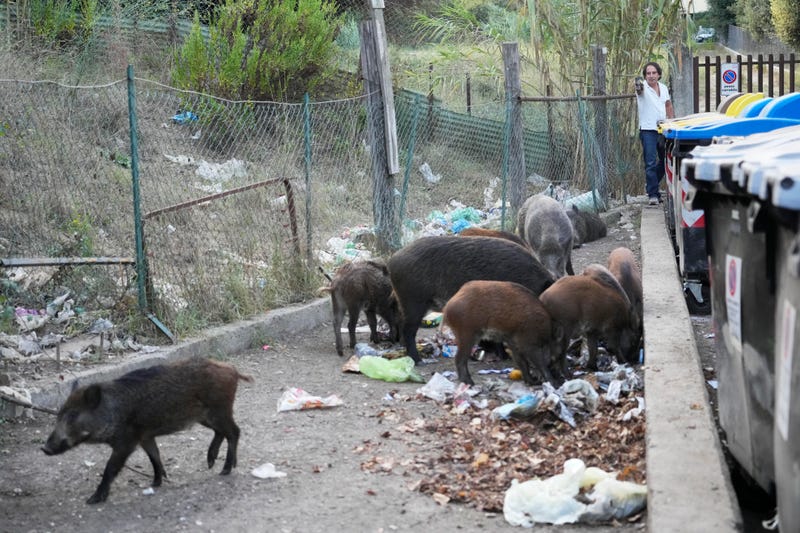 ROME (AP) — Rome has been invaded by Gauls, Visigoths and vandals over the centuries, but the Eternal City is now grappling with a rampaging force of an entirely different sort: rubbish-seeking wild boars.

Entire families of wild boars have become a daily sight in Rome, as groups of 10-30 beasts young and old emerge from the vast parks surrounding the city to trot down traffic-clogged streets in search of food in Rome’s notoriously overflowing rubbish bins.

Posting wild boar videos on social media has become something of a sport as exasperated Romans capture the scavengers marching past their stores, strollers or playgrounds.

As Rome gears up for a local election next weekend, the wild boar invasion has been used as a political weapon to attack Mayor Virginia Raggi over the city’s formidable garbage collection problems. But experts say the issue is more complicated and tied at least in part to a booming boar population.