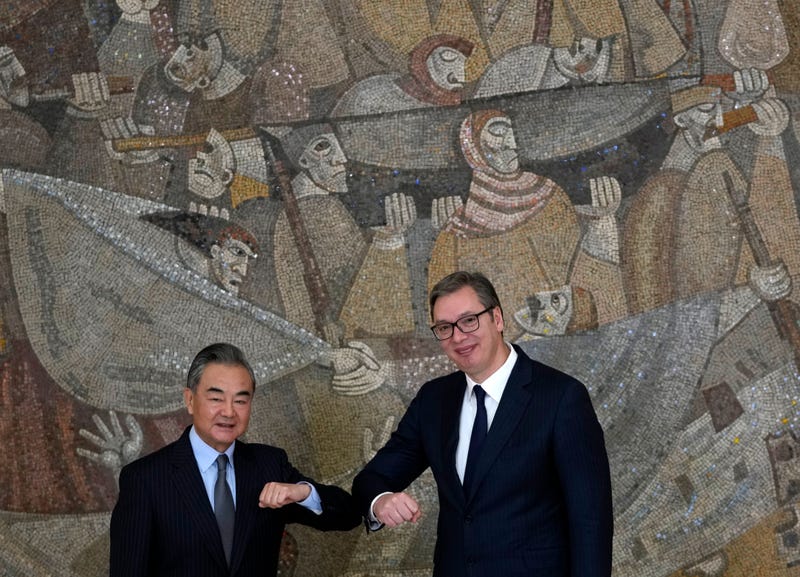 BELGRADE, Serbia (AP) — Serbian officials praised their “steel friendship” with China during talks on Thursday with China’s Foreign Minister Wang Yi amid fears in the West that by heavily investing in the Balkan state, Beijing is trying to exert its political influence in that part of Europe.

Chinese state banks have granted billions of dollars in loans to the Balkan country for the construction projects that are mostly conducted by Chinese workers.

China, which considers Serbia a major entry point to Europe for its Belt and Road economic and political initiative, has also been exporting drones and other military equipment to Serbia, as well as increasing police and state security cooperation.

“In the political sphere, we don’t have any open issues,” Serbian President Aleksandar Vucic told Wang at the opening of their meeting in Belgrade. “We have very good cooperation between our countries and we want to bring it to a higher level if possible.”

“Our friendship is honest and big and no wonder we call it ‘steel,’” Vucic said, adding that the economic cooperation increased threefold in the last five years.

China bought Serbia's only steel mill in 2016 and both sides have often described their relations as friendship of steel.

Wang said Thursday that the friendly relations between China and much smaller Serbia are based on equality and are sincere. “We are very prou