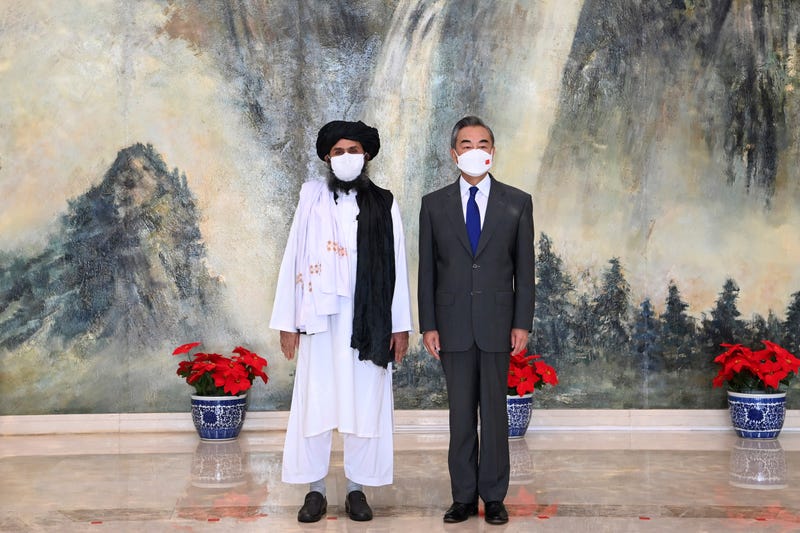 BEIJING (AP) — China’s foreign minister met Wednesday with a delegation of high-level Taliban officials as ties between them warm ahead of the U.S. pullout from Afghanistan.

A photo posted on the ministry’s website showed Wang Yi posing with senior Taliban leader Mullah Abdul Ghani Baradar and his delegation in the city of Tianjin, then sitting down to talks. The highly conspicuous show of friendliness had the appearance of a diplomatic mission at a time when the Taliban are craving legitimacy.

He said the hasty withdrawal of the U.S. and NATO “reveals the failure of America’s policies and offers the Afghan people an important opportunity to stabilize and develop their own country.”

While no agenda was announced for the meeting, China has an interest in pushing the Taliban to deliver on peace talks or at least reduce the level of violence as they gobble up territory from Afghan government forces.

China and Afghanistan share a narrow border high in the remote Wakhan Valley, and China has long been concerned about a possible spillover of Islamic militancy into its formerly volatile Xinjiang region. China has also signed deals for oil, gas and copper mining in Afghanistan, although those have long been dormant.