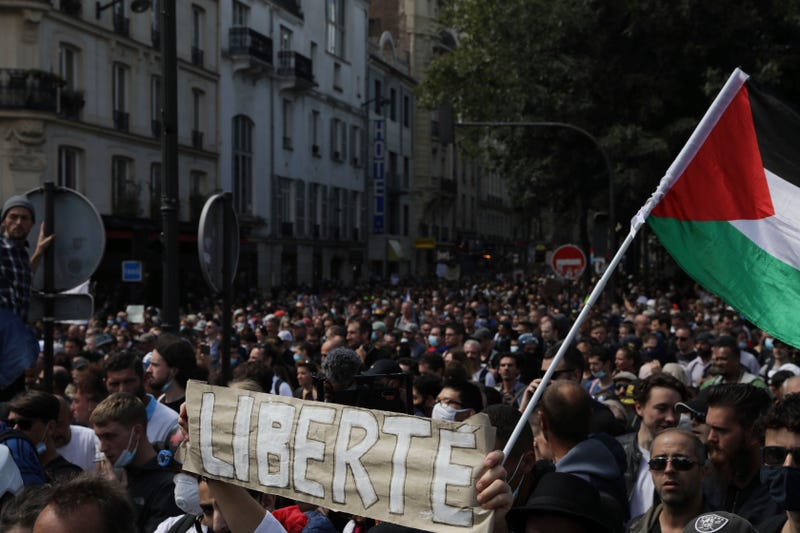 PARIS (AP) — Thousands of people protested France's special virus pass with marches through Paris and other French cities on Saturday. Most demonstrations were peaceful, but sporadic clashes with riot police marked protests in the French capital.

Some 3,000 security forces deployed around Paris for a third weekend of protests against the pass that will be needed soon to enter restaurants and other places. Police took up posts along the Champs-Elysees to guard against an invasion of the famed avenue.

With virus infections spiking and hospitalizations rising, French lawmakers have passed a bill requiring the pass in most places as of Aug. 9. Polls show a majority of French support the pass, but some are adamantly opposed. The pass requires a vaccination or a quick negative test or proof of a recent recovery from COVID-19 and mandates vaccine shots for all health care workers by mid-September.

Across the Alps, thousands of anti-vaccine pass demonstrators marched in Italian ci