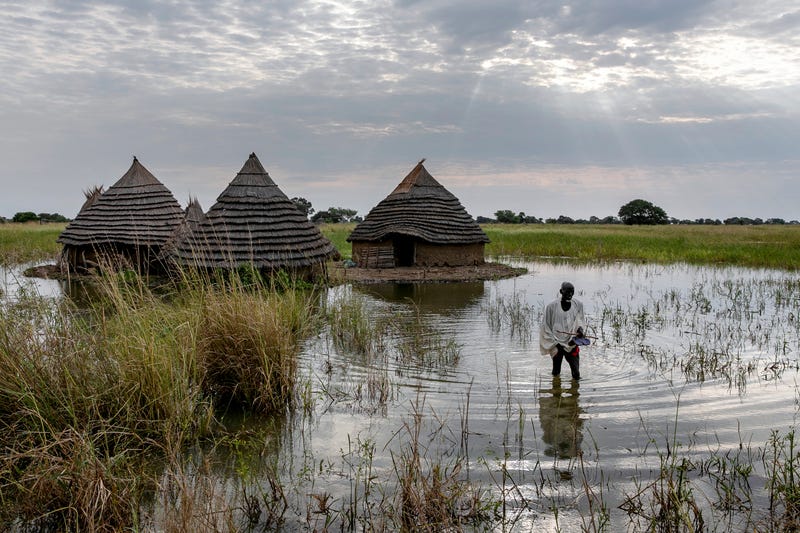 MALUALKON, South Sudan (AP) — He feels like a man who has drowned.

The worst flooding that parts of South Sudan have seen in 60 years now surrounds his home of mud and grass. His field of sorghum, which fed his family, is under water. Surrounding mud dykes have collapsed.

Other people have fled. Only Yel Aguer Deng’s family and a few neighbors remain.

This is the third straight year of extreme flooding in South Sudan, further imperiling livelihoods of many of the 11 million people in the world’s youngest country. A five-year civil war, hunger and corruption have all challenged the nation. Now climate change, which the United Nations has blamed on the flooding, is impossible to ignore.

As he empties a fishing net, Daniel Deng, a 50-year-old father of seven, recalls a life of being forced to flee again and again because of insecurity. “But this one event (the flood) is too much,” he said. “It is the worst thing that happened in my lifetime.”

The U.N. says the flooding has affected almost a half-million people across South Sudan since May. Here in Northern Bahr el Ghazal state, the Lol river has burst its banks.