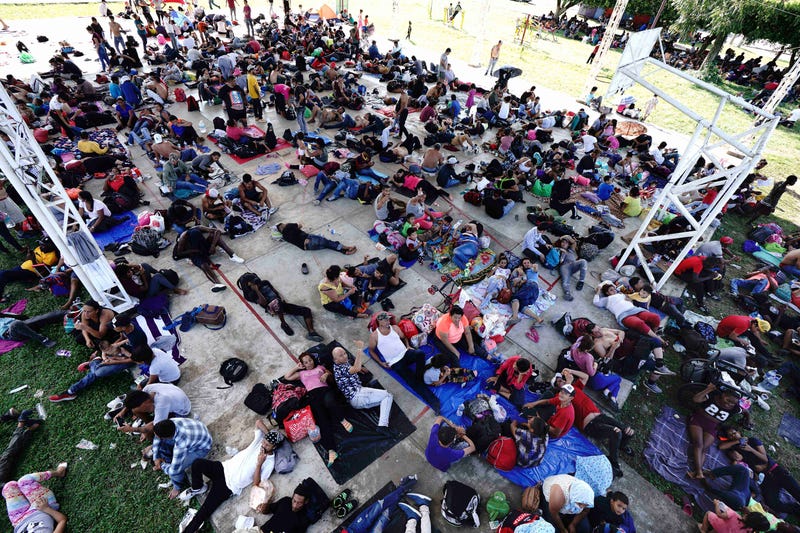 TAPACHULA, Mexico (AP) — Over 2,000 migrants, mainly Central Americans, began walking out of a city in southern Mexico on Saturday where they have essentially been trapped.

The migrants walked along a highway leading west and north toward the U.S. border, and pushed past a line of state police who were trying to stop them.

There were minor scuffles and a small child suffered a slight head wound, but the migrants continued on their way.

They made it only a few miles (kilometers) to the nearby village of Alvaro Obregon before stopping to rest for the night at a baseball field.

José Antonio, a migrant from Honduras who did not want to give his last name because he fears it could affect his case, said he had been waiting in Tapachula for two months for an answer on his request for some sort of visa.

“They told me I had to wait because the appointments were full,” said the construction worker. “There is no work there (in Tapachula), so out of necessity I joined this group.”

He said he hopes to make it to the northern city of Monterrey to find work, adding “We'll go on, day by day, to get as far as we can.”