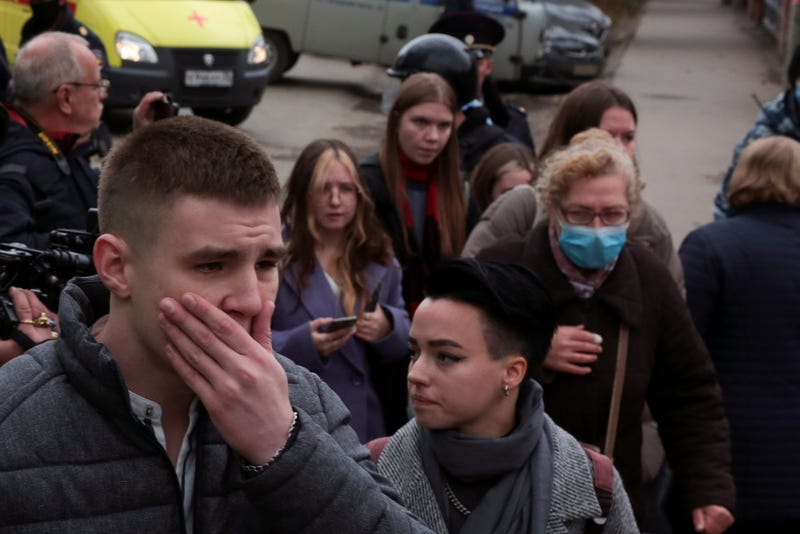 The Investigative Committee said six people were killed, revising down its earlier figure of eight dead. No explanation was given for the change. It said 28 people were injured and some of them were hospitalized. The Health Ministry said 19 of them were shot; it was not clear how the others were injured.

In a video released by the Interior Ministry, a witness whose name was not given said he saw the man outside after shooting two people and that he appeared to be wearing a bulletproof vest.

A traffic police unit was the first to reach the scene and the suspect opened fire on them, according to the Interior Ministry. He was wounded when police returned fire and then was disarmed. The gu