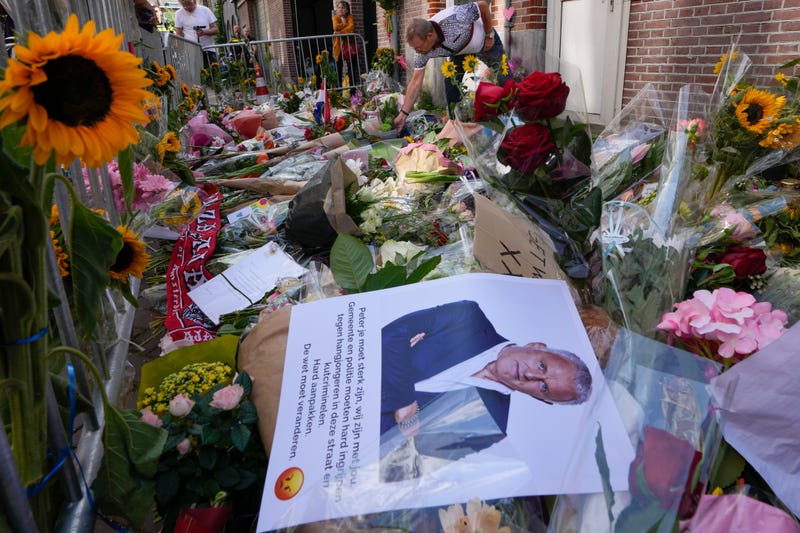 THE HAGUE, Netherlands (AP) — Witnesses, security camera footage and forensic evidence all point to two men charged in the murder of Dutch crime reporter Peter R. de Vries, prosecutors said Monday as the trial of the suspects opened in Amsterdam.

De Vries, 64, was gunned down in July in the Dutch capital in a brazen attack that sent shockwaves through the Netherlands.

The suspected gunman is a 21-year-old Dutch man, identified under Dutch privacy rules only as Delano G. A 35-year-old Polish man, Kamiel E., is accused of being the getaway driver. They both were arrested shortly after De Vries was shot July 6 on an Amsterdam street after making one of his regular appearances on a Dutch television show. He died nine days later.