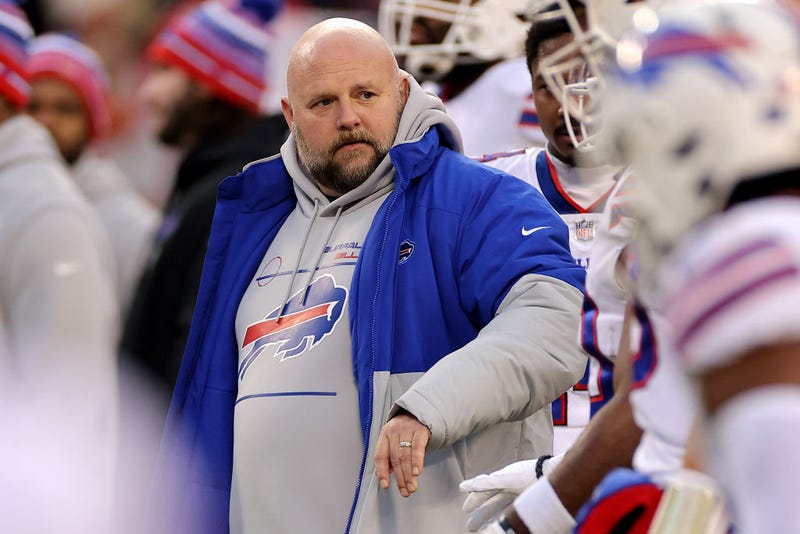 The Giants have their new head coach.

The team announced Friday evening that former Bills offensive coordinator Bill Daboll has been named the 20th head coach in franchise history, replacing Joe Judge after he was dismissed following the 2021-22 regular season.

Daboll, 46, had an initial interview last Friday and spoke with Schoen, John Mara and Steve Tisch again on Tuesday, having recently completed a Bills season where Buffalo lost a thriller to the Chiefs in the AFC Divisional Round, following a regular season where the Bills were third in the league in points per game.

“It is an honor and a privilege to be named head coach of the New York Giants,” Daboll said in a statement. “Thank you to Joe Schoen for believing in me and to John Mara and Steve Tisch and their families for entrusting me with this position. My immediate goal is to assemble a coaching staff, a strong staff that emphasizes teaching and collaboration and making sure our players are put in the position to be their best and, ultimately, to win games. That's why all of us do this. To teach, to be successful, to develop talent, and to win. I have a pretty good idea where our fan base's feelings are right now, and I get it. I promise we will work our tails off to put a team on the field that you will be proud to support and give us the results we all want.”

Daboll is tasked with turning around a Giants team that has endured five straight losing seasons, and turning around an offense that was decimated by injury and still didn’t get a close enough look at quarterback Daniel Jones to determine if he is the team’s answer moving forward. But the Giants believe Daboll is the answer as head coach.

"We interviewed several people who are incredible coaches and all of whom are going to enjoy much more success in this league in their current positions and as a head coach," Schoen said. "With that said, we, me and ownership, all felt Brian is the right person to serve as our head coach. Over the last four years, I have observed first-hand Brian's strengths as a leader. He is an excellent communicator, intelligent, innovative, and hard working. Brian's genuine and engaging personality is refreshing. He fosters relationships with the players and coaches around him. He is progressive in his vision and values collaboration, two of the attributes we think are essential.”