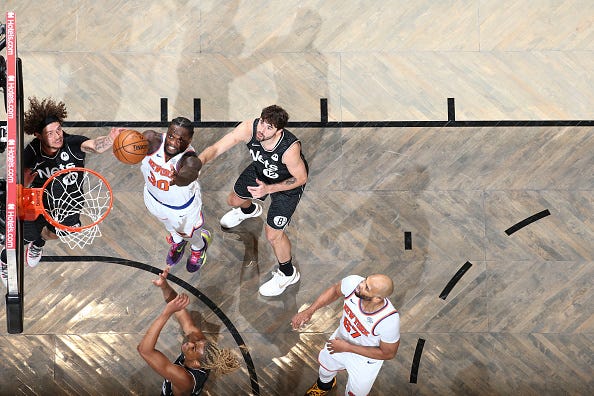 Julius Randle #30 of the New York Knicks rebounds the ball during the game against the Brooklyn Nets on March 15, 2021 at Barclays Center in Brooklyn, New York. Photo credit Nathaniel S. Butler/NBAE via Getty Images
By Kyle Kandetzki

The Knicks are the No. 2 top-selling team in the NBA, while the Nets are No. 3, according to ticket seller Stubhub, which made the determination based on ticket sales through Oct. 14.

The two franchises only came behind the Los Angeles Lakers for the top spot. But both teams topped local rival Celtics at No. 4, Bulls at No. 5, and 76ers at No. 6. The Raptors, Heat, Trail Blazers and Bucks rounded out the top 10. 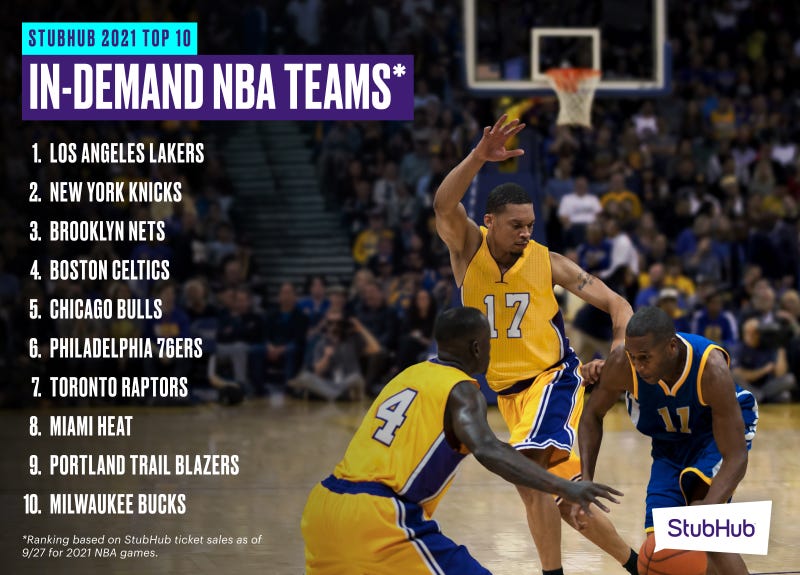 The Knicks and Nets are both looking to build on promising seasons last year — where the Knicks made their first playoff appearance since 2013, while the Nets lost to the eventual NBA champion Bucks.

While the Nets lost out on overall demand to their cross-city rivals, the team is part of the most in-demand game of the entire season — when they play the Lakers on Christmas Day — albeit in Los Angeles.

The Knicks’ home opener against Boston on Wednesday is the No. 3 most in-demand game, while the Lakers’ visit to Madison Square Garden on Nov. 23 is No. 8.

The Barclays Center’s biggest game comes when the Lakers visit Brooklyn on Jan. 25. The Nets’ visit to Philadelphia on Friday comes in at No. 9.

Among the other top games: Warriors-Lakers Tuesday night, Sun-Lakers Friday night and Mavericks-Celtics on March 13, when Kevin Garnett’s jersey will be retired. 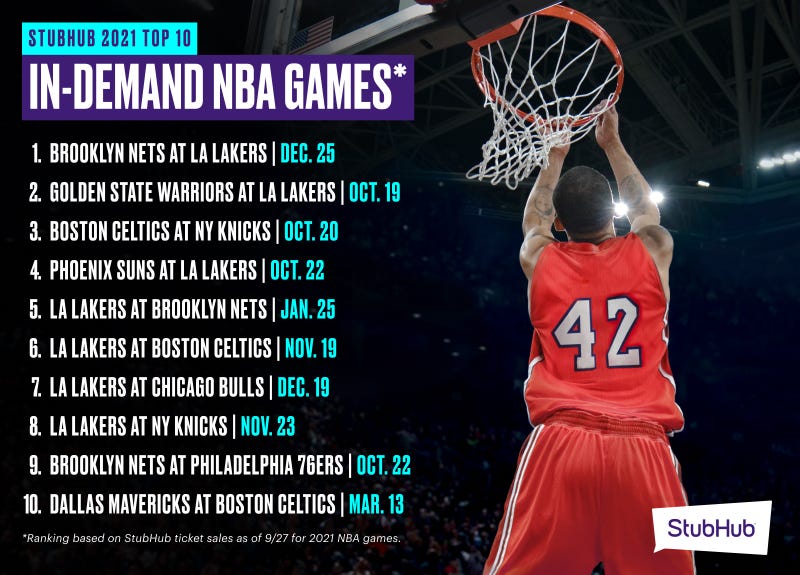