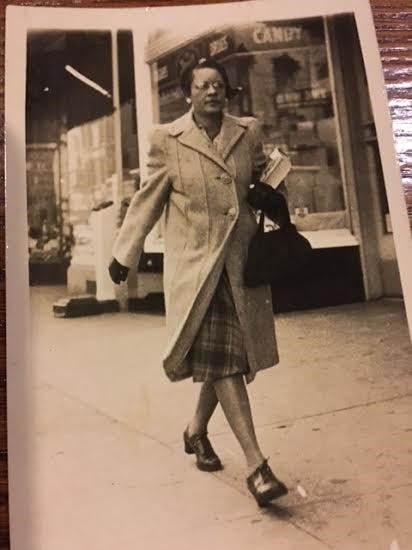 Saturday is the 50th anniversary of the Apollo 11 moon landing, and a Macalester professor's grandmother is one of the women whose tireless mathematical work set the stage for one of the biggest moments in history.

Miriam Daniel Mann was one of the original 11 African American women working for NASA in the mid-20th century, known as the "human computers," who worked in segregated conditions. Mann worked for NASA from 1943 to 1966 and knew the women depicted in the movie Hidden Figures. She also met John Glenn, whose three lunar orbits in 1962 that laid the groundwork for the moon landing she contributed to. Glenn is known for extending his gratitude to the African-American women whose long hours and intelligence helped the missions happen successfully.
Mann's granddaughter, Duchess Harris, an American studies professor at Macalester, is "deeply proud" of her family's history, something she didn't truly appreciate until she was a college student herself. She co-wrote the book Hidden Human Computers: the Black Women of NASA.

"My grandmother was born only 42 years after slavery ended," she said. "It was pretty miraculous that she was able to get a four-year degree."

Mann was born in 1907 and raised in Macon, Ga. She was the valedictorian of her high school class and later graduated with a degree in chemistry and a minor in mathematics from Talladega College in Talladega, Ala., a Historically Black College.

"She loved math," Harris said. "And anyone who knew her knew that she would have her slide rule at the dinner table sometimes."

Harris says she's struck by what her grandmother had to overcome at the job.

"One of the things most people wouldn't know is is that the grounds of NASA in Virgina were built on what has previously been Chesterville Plantation," she said. "A lot of people don't realize that, because it had been a slave state, how deeply contentious it was to allow black women to have this prestigious job for the federal government in an area that did not want that to happen."

Mann passed away two years before the moon landing, but Harris said "she was confident it was going to happen." Decades later, Mann and the rest of the African-American women are being remembered and celebrated prominently for their intelligence and dedication to their country in the face of racism.

Professor Harris is throwing out the first pitch at the Twins game tomorrow in honor of the anniversary.