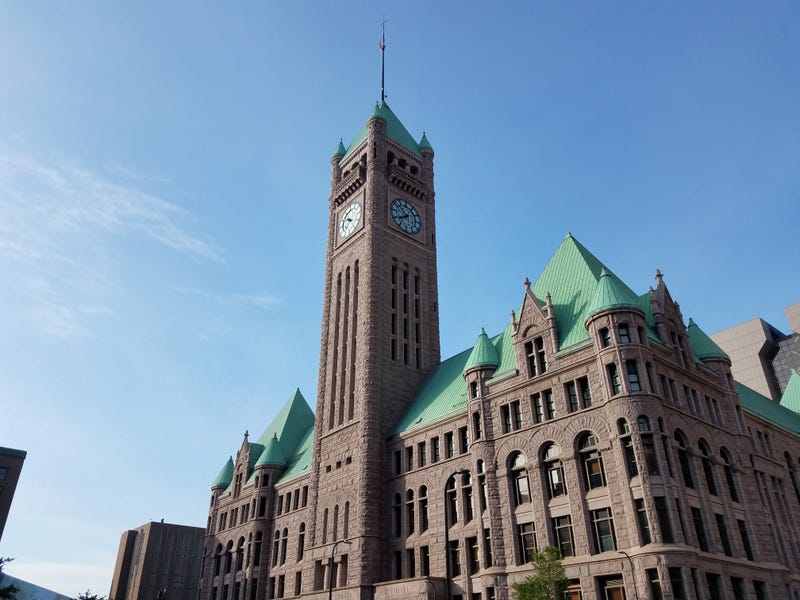 The Minneapolis City Council overwhelmingly passed the 2040 Plan Friday, which seeks to address affordable housing in the decades to come, and eliminates single-family zoning across the city.

The preamble of the 2040 Plan references the racial and socioeconomic inequality created by 20th century single-family zoning that mirrors the racist practice of redlining. Edward Goetz, professor of Urban Planning at the U of M's Humphrey School and Director of the Center for Urban and Regional Affairs at the university, says the aspect of the plan to allow multifamily housing across the entire city is "symbolic."

"The movement to really eradicate single-family zoning is an attempt to break with that past."

City leaders hope increasing the housing stock and, therefore, lowering prices in the market will help low-income families and people of color overcome some barriers to living in neighborhoods and accessing schools that felt previously unattainable. Previously, around 70 percent of Minneapolis was zoned just for single-family homes. Minneapolis is the first city to pass such a plan, but the state of Oregon has done something similar.

Proponents also touted environmental benefits, hoping that more available housing would cut down on the length and frequency of car commutes by people forced farther away to find more affordable housing options.

"As we move forward, I know that this council's commitment to race equity, to environmental sustainability are front and center and will maintain those priorities as we go forward with implementation of this plan," council president Lisa Bender said.

RELATED: Beers with Blois: Minneapolis Mayor Jacob Frey on why his approach to policing is paying dividends

Councilmember Linea Palmisano, who represents Ward 13 in Southwest Minneapolis, was the sole "no" vote.

"Unfortunately, it doesn't open up affordable housing opportunities in the 13th Ward," she told WCCO-TV after the vote. "I'm already seeing that, or already seeing examples of affordable homes being taken out and luxury condominiums being proposed by developers in neighborhoods like Fulton and that's concerning to me."

Some residents, like many in Palmisano's district, opposed the measure, arguing it would benefit developers swooping into  neighborhoods and building triplexes, etc. and changing the character of the neighborhood. Many posted signs in front of their homes that read, "Don't bulldoze our neighborhood." Goetz says he doesn't foresee "dramatic" changes.

"It's not clear to me that tearing down an existing single-family home in order to build a duplex or a triplex, given construction costs and given land costs, is going to be that lucrative for developers," he said. "It really only will be attractive if the units that are rebuilt on the site are high-end housing...It's really not going to change the nature of Southwest Minneapolis very much. I really don't think they have that much to worry about."

Supporters focused on the people who have been adversely affected by a competitive housing market and used the slogan "Neighbors for more neighbors."

Mayor Jacob Frey released a statement in support of the vote: “Minneapolis is leading the nation in the fight to create affordable housing and pushing back on intentional segregation in neighborhoods across our city. Our landmark 2040 Comprehensive Plan helps advance those goals by tackling our city’s long history of exclusionary zoning while laying the groundwork for stronger transit, climate, and inclusive development policies. I commend my colleagues on the City Council for approving the plan and look forward to continuing our good work together.”

According to Goetz, this is "reparative" step, but not one that will reverse a long history of housing discrimination in one fell swoop. Rather, it's a sign that many city residents are changing how they view the cities they occupy, who has ownership over what, and reframing the argument over zoning reform as one that benefits the entire community.

"This is all part of a reimagining of a city that is more inclusive," he said. "In this respect, it's a diversity of building types a diversity of housing types in neighborhoods, essentially sending a signal that there is a a more collective interest that needs to be in our minds when we think about the city and what it looks like."