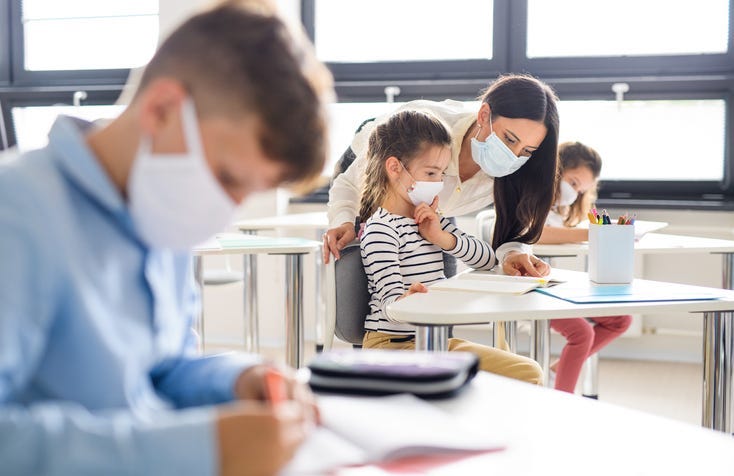 Another viable-in-early-trials coronavirus vaccine candidate is live as a third US company -- Novavax -- released encouraging study results. Novavax's phase one data showed that after two doses of the vaccine participants developed neutralizing antibodies that fight off COVID-19.

"These studies you're hearing about now are in the very earliest stage of evaluation," Osterholm said, adding there are 23 vaccines currently in the early stages of testing. Phase Three testing, where definitive safety is tested, is the final step in deciding whether it protects people without causing harmful side effects, and that's the phase to watch out for in vaccine candidates.

Without a vaccine available, how concerned should parents be about sending children back to school? Dr. Osterholm said he understands the question from the perspective of worried parents, though people need to remember the dangers we all face every day.

"Many parents right now are justifiably in a position of saying 'Is this the right thing for me to do for myself and my kids?' That's a very normal, a natural way to feel," he said.

He added that he thinks that in-person classes can be carried out in a safe way, with people keeping in perspective that even under normal circumstances their children are not completely safe all day, every day.

"If you have a teenager get in a car and drive through an intersection -- that could be their demise. And so one of the challenges we have is trying to put this in the perspective in life."

Pat outbreaks have shown that teenagers congregate more outside of classrooms than they do when they're in school. Discussing the difficulty of forcing social distancing in school-aged kids, Osterholm said while pumping gas last night he noticed a group off 30 or more kids playing basketball.

"I think this is a real challenge. For younger kids in elementary school grades, we're not seeing the same kind of dynamic transmission and these kids when they do get infected do not appear to be as infectious. And they're not truly getting as sick. Although as you've pointed out older teenagers have died. Many fewer people have died from this virus in grade school kids than during a normal flu year. Each one is a tragic loss. None of us can imagine losing one of our children ... "

But is school really that unsafe? Osterholm doesn't think so.

"I think you can take your kids there (to school)," he said.

He added that day cares have run all summer in Minnesota without a single outbreak.

"We're trying to thread the rope through the needle here ... Our kids need education. Our kids need the emotional and mental support they get in education. They need to be able to ... some kids get a meal that they otherwise wouldn't get. And so we understand all of that and I think we'll find that with older kids we might be doing a lot more distance learning with them. Younger kids, I think we may be able to keep them in school longer ... We're going to have to go day by day."