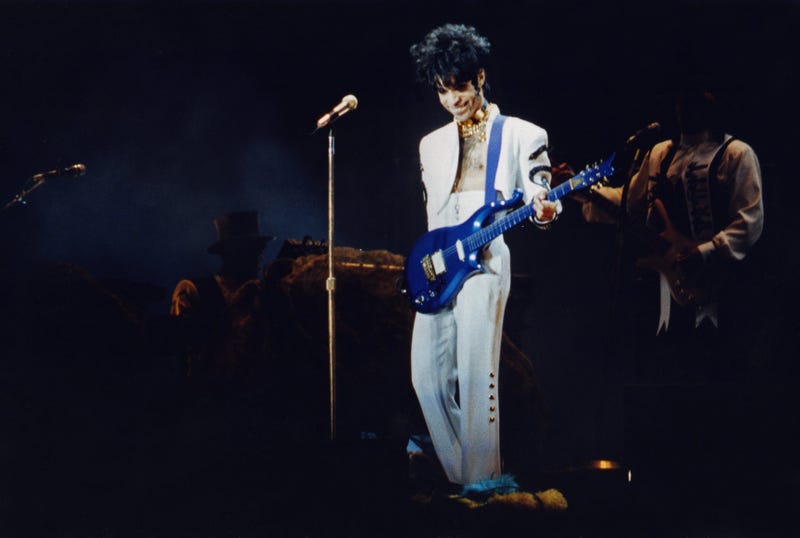 One of Prince's most famous guitars could be yours...for the right price.

Prince's 1984 Cloud 2 "Blue Angel" guitar will be put up on auction by Julien's Live auction house starting tomorrow. The guitar is included in their two-day Julien’s Auctions Music Icons event. According to an interview with Rolling Stone, Julien's consulting specialist says that this piece of Prince history is a must-have.

“In a sea of Clouds — because there are a lot of them — the thing that brings a collectible guitar the most value is how much mojo it has. Prince came into the collective consciousness in the Eighties and this was one of his primary performance guitars at that time. So it’s got a lot of mojo.”

Darren Julien, the founder of the auction house added “It’s the most significant Prince guitar that’ll ever come up for auction.”

Other items up for grabs in the auction are Kurt Cobain's guitar he played for MTV's 'Unplugged" along with other pieces from Elvis Presley, The Beatles, Madonna, Michael Jackson, Johnny Cash, Jim Morrison, the Rolling Stones, Queen, David Bowie, The Police, Guns N’ Roses, Bob Marley, Elton John, Whitney Houston, Cher, and many more.