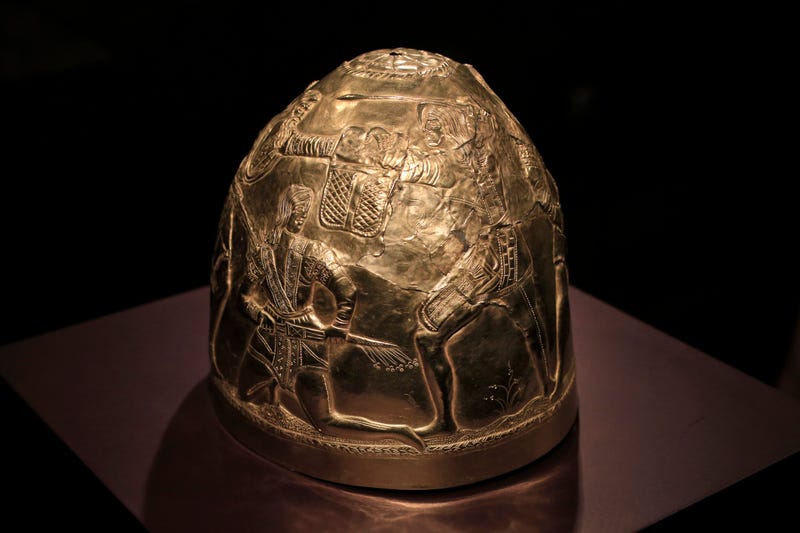 AMSTERDAM (AP) — An Amsterdam appeals court ruled Tuesday that a trove of historical treasures from Crimea that have been stored for years at a Dutch museum must be given to Ukraine, saying they are “part of the cultural heritage of the Ukrainian state.”

Ukraine's president hailed the decision as a victory for his country.

The judgment, which can be appealed to the Dutch Supreme Court, upheld a lower court's ruling and was the latest development in a protracted legal tug-of-war about the fate of the artifacts that stems from Russia's annexation of Crimea.

Russia annexed the Crimean Peninsula from Ukraine in 2014, a month after the Allard Pierson Museum opened the “Crimea — Gold and secrets of the Black Sea” exhibition, sparking a dispute over where the borrowed treasures should be returned to. The exhibits have been stored in Amsterdam pending resolution of the dispute.

Nearly five years ago, an Amsterdam court ruled that the objects must be returned to Ukraine and not to four museums in Crimea that loaned them out for a 2014 exhibition. At the time, the court didn’t rule on the actual ownership of the approximately 300 artifacts, saying that the issue must be resolved by a Ukrainian court.

Among the most stunning objects in the exhibition are a solid gold Scythian helmet from the 4th century B.C. and a golden neck ornament from the second century A.D. that weigh more than a kilogram (two pounds) each.

Ukrainian President Volodymyr Zelenskyy commented on Twitter, hailing “the long-awaited victory" and saying he was “grateful to the court for a fair decision.”

Kremlin spokesman Dmitry Peskov wouldn’t comment when asked about the ruling during a conference call with reporters.

Andrei Malgin, director of the Crimean museum, was outraged.

“I lack words to express my indignation and anger,” Malgin said in remarks carried by the Tass news agency. He described the Dutch court’s verdict as a “manifestation of double standards and a show of contempt for the cultural heritage of the people of Crimea.”

Tuesday's ruling said that while the trove originates from Crimea and therefore “may be considered part of Crimean cultural heritage, they are part of the cultural heritage of the Ukrainian State” as it has existed since independence in 1991.

The court said in a statement that "the cultural interest that lies in preserving the museum pieces is a public interest of the Ukrainian State that carries great weight.