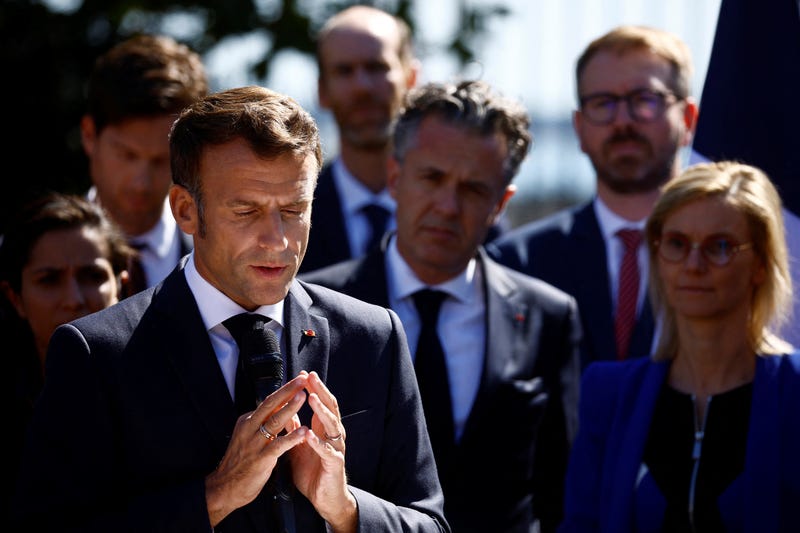 PARIS (AP) — “Every gesture counts” is the watchword of a French government energy-saving drive unveiled Thursday to get the country through the winter without gas from Russia and closer to European Union targets of reaching climate neutrality by 2050.

The French push for “energy sobriety,” months in the planning, dovetails with gas- and electricity-saving drives taking root across Europe. The war in Ukraine is forcing the continent to swiftly wean itself off cheap fossil fuels from aggressor Russia and scramble for alternative sources — a dramatic shift driving concerns of possible shortages and crushing price rises for energies that power European homes and industries.

To ward off any gas or electricity shortages in the coming winter months, France's government is aiming for a swift 10% reduction in the country's energy use with the raft of turn-it-down, switch-it-off energy-saving measures that ministers were detailing on Thursday afternoon.

They'll include an array of energy-saving tips, efforts to reduce energy consumption in public buildings by limiting heating and other belt-tightening, and a new "“Every gesture counts” government publicity campaign urging people to do their bit.

Towns and cities haven't waited for the government to act, with a growing number already turning down thermostats in swimming pools, sports halls and other venues, and some also switching off street lights at night.

The “energy sobriety” drive is also intended to speed France toward its longer-term goal of slashing its energy use by 40% by 2050, to comply with European Union climate neutrality targets.