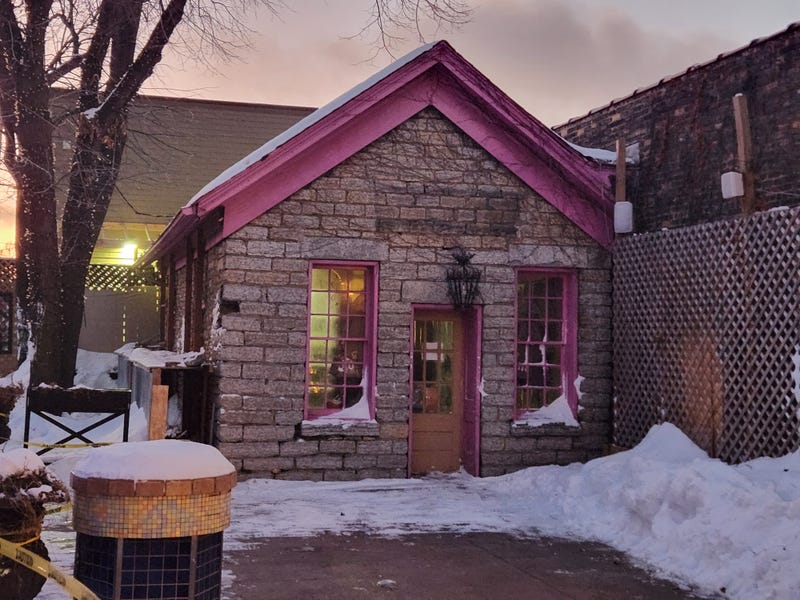 Plans are on hold to level one of the oldest buildings in St. Paul, where preservationists want to stop the wrecking ball before it shatters the structure's historic limestone walls.

Mayor Melvin Carter on Monday signed a demolition order to tear down the Justus Ramsey House, but that's all on hold after Ramsey County judge Laura Nelson signed a temporary restraining order early Tuesday keeping the heavy machinery at bay.

The Justuce Ramsey House was built in the 1850's, its courtyard separating it from 7th Streets, its structure now squeezed between Burger Moe's and Tom Reid's Hockey Pub.

Mojtaba Sharifkhani owns Burger Moe's and the Justus Ramsey House, which had part of its outer wall collapse last year and is considered a safety hazard.

The building is on the National Register of Historic Places, but safety concerns can bypass that protection.

After hearing of Carter's action Monday night, the preservationists began gathering near the Justus Ramsey House to plot their next move.

They were considering forming a human wall in front of the building if bulldozers showed up, but that's off the board following the temporary restraining order.

Elyse Jensen, treasurer for Historic St. Paul, lives in the neighborhood and is hopeful the demolition can be avoided through the courts.

"Frankly, right now it seems like a lost cause when you've got Mayor Carter against you, and you've got city council that's anti-preservation," said Jensen Tuesday morning, bundled against the late January chill and admittedly fortified with lots of coffee to stay awake.

"There's still a chance that there would be bonding requirements that prevent us from getting anything done," she said.

Preservationists are hoping that the Justus Ramsey House can be moved and preserved.

It was built for the brother of Minnesota's first governor, Alexander Ramsey, but records show Justus Ramsey himself never lived there but rented the building out.

According to historical records, the Justus Ramsey House was built with quarried limestone, because railroads that could bring in other building materials didn't reach St. Paul until the early 1860's.

"It spans a huge part of St. Paul's history that tells the story of the indigenious people, the Black community, the gay community, immigrant-owned business community," Jensen said. "There's no question the historic integrity of the property."