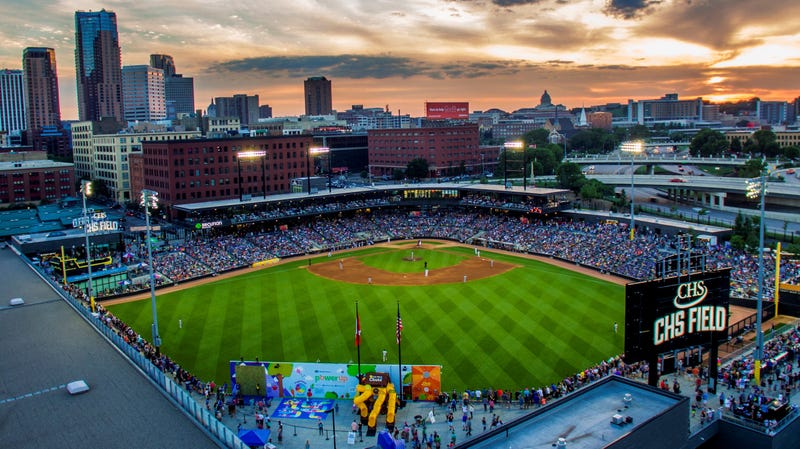 History will be made Tuesday night when the St. Paul Saints officially begin their first season as the Minnesota Twins' Triple-A affiliate.

The Saints, who only became part of the Twins organization this past December, open up their regular season on the road in Omaha against the Omaha Storm Chasers, the Triple-A affiliate of the Kansas City Royals.

"The rumors are true, there will be Minor League Baseball this season," said Saints play-by-play voice Sean Aronson.

On Saturday, the Saints released their first official Triple-A roster, which is chalk-full of talent.

"I'm still not convinced that by the time we open-up in Omaha that some of these guys will be here," Aronson said. "I'm thrilled for this roster. There are five guys on the roster as of today that are top 25 prospects according to Baseball America who are in the Twins organization. Two of those five guys are top 100 prospects in all of baseball."

Triple-A baseball brings a unique level of competitiveness to the Saints organization, but one that isn't unfamiliar according to Aronson.

"None of these guys want to be here. That's going to shock some people and they might night understand it," Aronson said. "The guys here at Triple-A don't want to be in Triple-A. Their goal is 10.6 miles down the road with the Minnesota Twins at Target Field."

Aronson added that the mindset certainly isn't to cut-down the St. Paul Saints or their goal as an organization.

"These guys have loftier goals and their job, like it was in Independent Baseball, is to play themselves out of St. Paul and in this case, to play for the Minnesota Twins."

The Saints will spend their first six games of the regular season on the road in Omaha before returning to CHS Field for their home opener against the Iowa Cubs.