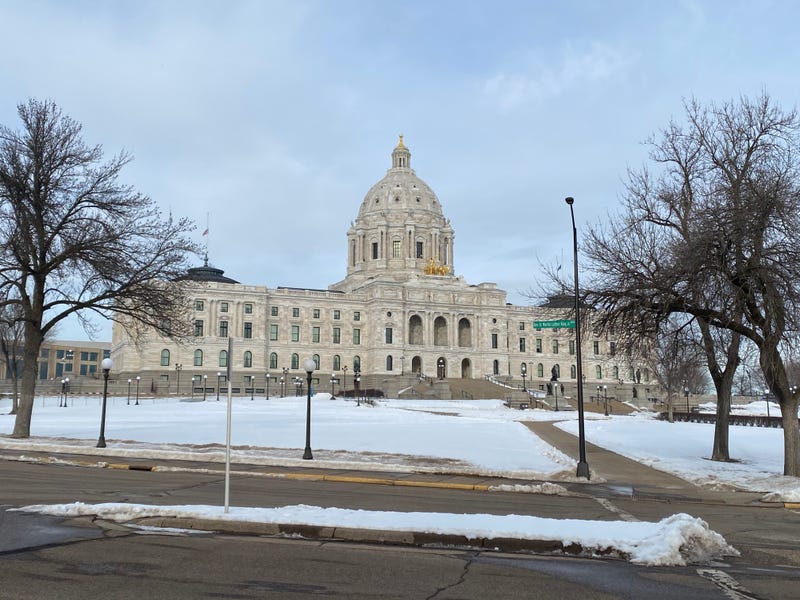 Gov. Tim Walz makes a plea to learn the lessons from history, as the state prepares for what the FBI calls armed extremists to descend on the capitol in St. Paul in the days ahead.

Tuesday afternoon, the capitol was a quiet scene, bathed in winter sunshine as a couple people strolled by. But in the coming days, Walz said it will look much different with a fence and state troopers on scene.

“You got a pretty weak argument if you need to bring a gun,” Walz said. “I will say that for a lot of the things that you don’t see, a lot of that work is happening now with the online things that happen about people starting to talk to one another, the threats that are made there. Some of those are a little more difficult to find because they move corners of the internet, but there are folks who are trained to make sure they’re looking for that.

“I think what you can expect to see is an appropriate presence of folks there to ensure there are peaceful gatherings, to make sure that the intent to do damage to any of the buildings will not happen and folks can go about doing their daily things without interference from folks who choose to disrupt.”

Walz said he is preparing an executive order to engage the Minnesota National Guard. The National Guard today says it’s prepared to serve as needed. Currently 500 troops are assisting with COVID-19 testing and emergency staffing at long-term care facilities.

Walz said he’s been briefed and was not able to discuss more specifics due to the “sensitive nature” of the safety preparations.

He also said a 24-hour hotline has been set up for state lawmakers who are receiving threats and they’re working with local law enforcement.

“Let’s be clear,” Walz said. “There was a clear intent to take legislators and either hold them hostage or kill them. That was their own words by the folks who were there. Legislators here -- these are moms and dads, and business owners and teachers and nurses and doctors who come to the capitol to do the people’s work for a couple months out of the year. These people are posting their names and addresses online and threatening to go to their houses.”

Walz, a former geography and social studies teacher is visiting a few historical places in Minnesota this week to make a plea for peace and calm, starting at the Minnesota History Center Tuesday.

“Minnesotans need to understand why the visceral repulsion of seeing the confederate battle flag marching through the senate chambers is so incredibly repulsive” Walz said. “It is so incredibly disrespectful, and in some cases, ignorant of our history.”