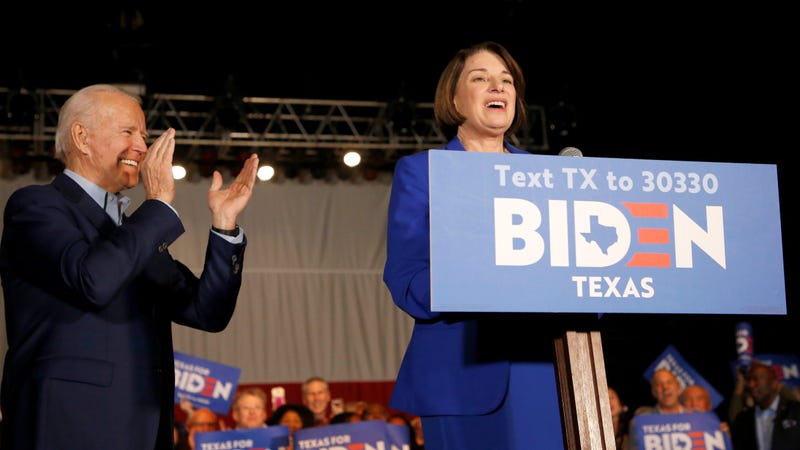 United States senator Amy Klobuchar isn't necessarily jumping on board with rumors that she's being considered for a spot in President-elect Joe Biden's Cabinet.

This week Klobuchar was rumored to be in consideration for the United States Attorney General as well as the U.S. Agriculture Secretary.

Klobuchar addressed the rumors on Thursday morning during the WCCO Morning News with Dave Lee.

"When the president calls, you listen," Klobuchar told Lee. "I think my position in the Senate couldn't be more important right now. We're going to need people that can work across the aisle and that's one of the key things I do."

Klobuchar, a member of both the Senate Judiciary Committee and the Senate Committee on Agriculture, Nutrition and Forestry, says bipartisanship is what's needed as the United States faces surging COVID-19 cases across the country.

"We really need that to get through this pandemic to get this vaccine out right away, rapid testing to everyone who needs it, and to get it out right away," said Klobuchar, who's working on legislation geared towards restaurants, small music venues, and other industries hit heavily by the pandemic.

"We just want to get these people and their employees through this time period so when the economy comes back, which it will, we want to be ready so we don't have a bunch of closed down businesses."

Lee asked Klobuchar whether or not becoming the Attorney General or Ag Secretary had any appeal to her.

"Dave, I like my job and I think it's so important I do it," Klobuchar said. "I have not talked to them about these jobs. I am close to Joe Biden and Kamala Harris and that's going to be so good for Minnesota."

So far, the Biden-Harris Transition team has not made any personnel decisions.