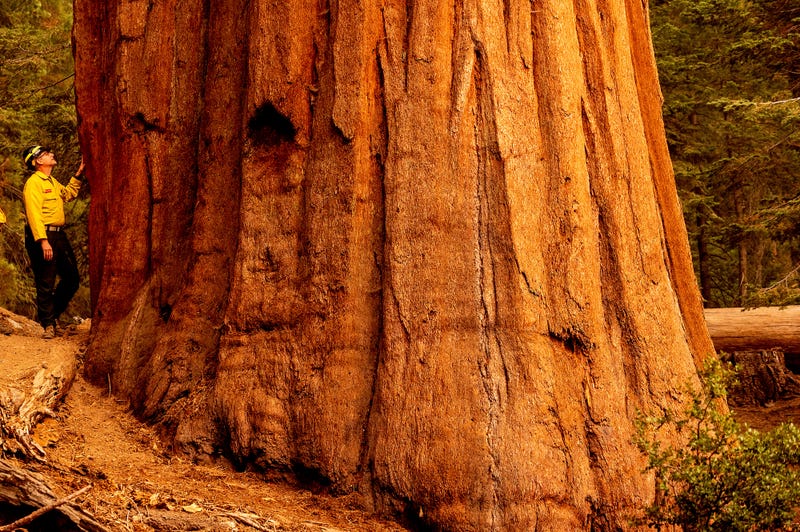 A historic drought tied to climate change is making wildfires harder to fight. Scientists say climate change has made the West much warmer and drier in the past 30 years and will continue to make weather more extreme and wildfires more frequent and destructive.

Lightning ignited two fires in the park on Sept. 9, officials said. The Colony Fire, closest to the Giant Forest, has grow