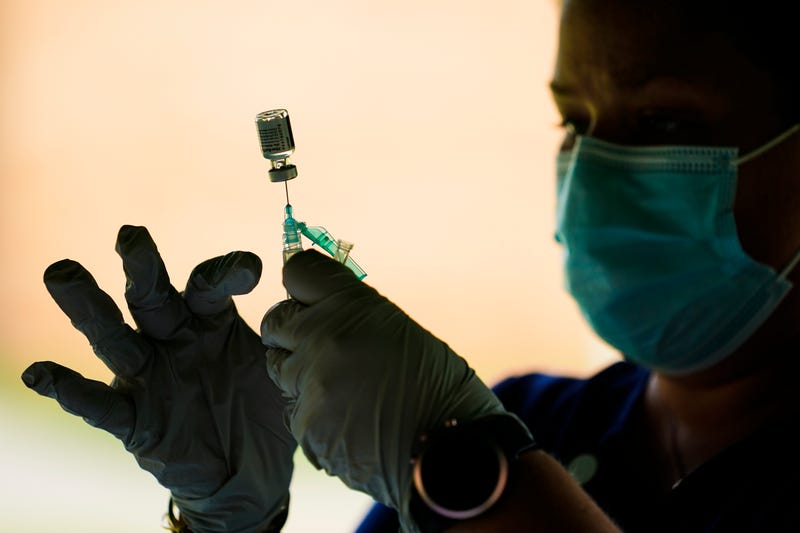 WASHINGTON (AP) — Influential government advisers will debate Friday if there's enough proof that a booster dose of Pfizer's COVID-19 vaccine is safe and effective — the first step toward deciding which Americans need one and when.

The Food and Drug Administration on Wednesday posted much of the evidence its advisory panel will consider. The agency struck a decidedly neutral tone on the rationale for boosters — an unusual and careful approach that's all the more striking after President Joe Biden and his top health advisers trumpeted a booster campaign they hoped to begin next week.

Pfizer’s argument: While protection against severe disease is holding strong in the U.S., immunity against milder infection wanes somewhere around six to eight months after the second dose. The company gave an extra dose to 306 people at that point and recorded levels of virus-fighting antibodies threefold higher than after the earlier shots.

More important, Pfizer said, those antibodies appear strong enough to handle the extra-contagious delta variant that is surging around the country.

To bolster its case, Pfizer pointed the FDA to data from Israel, which began offering boosters over the summer.

That study tracked about 1 million people 60 and older and found those who got the extra shot were far less likely to become infected soon afterward. Pfizer said that translates to “roughly 95% effectiveness” when delta was spreading, comparable to the protection seen shortly after the vaccine’s rollout earlier in the year.