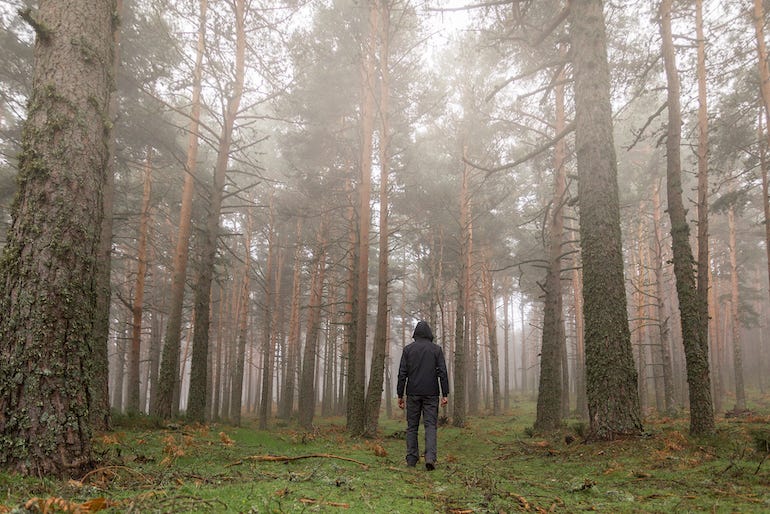 A Northern Michigan man was trying to escape police custody when he ran into some woods; he was being pursued after he entered a couple's home in Grand Traverse County.

It was dark out, so 43-year-old Kevin Tighe escaped, according to Michigan State Police. However, he got lost in the woods he was hiding in and couldn't find his way out. So he had to call the police to rescue him.

Tighe eventually made contact with the authorities, and he flagged them down when he saw them approaching.

Police: Man runs into woods after breaking into northern Michigan home, later calls 911 because he got lost https://t.co/rxCLX1PZds pic.twitter.com/qbe2zkfCrC

He was arrested, and according to FOX 2, is facing charges of breaking and entering, and resisting arrest.