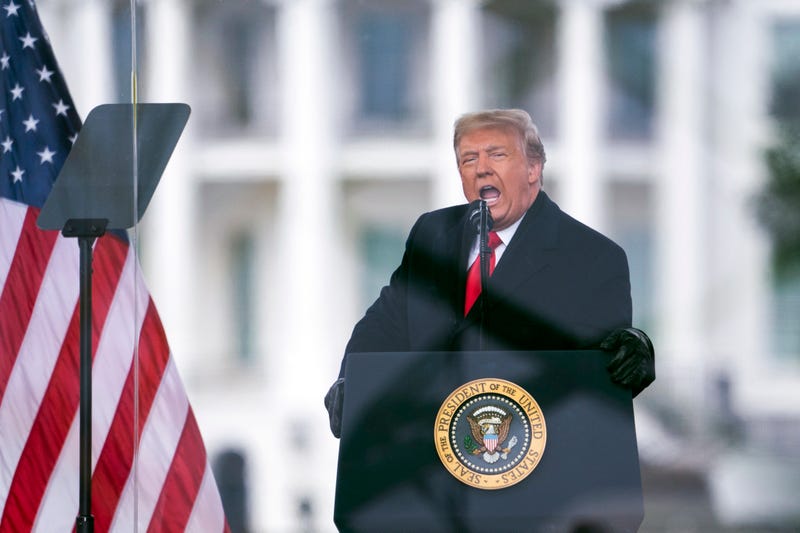 WASHINGTON (AP) — The Biden administration will have a big say in whether the government releases information to Congress on the actions of former President Donald Trump and his aides on Jan. 6. But there could be a lengthy court battle before any details come out.

The House committee investigating the January insurrection at the U.S. Capitol asked last month for a trove of records, including communication within the White House under Trump and information about planning and funding for rallies held in Washington. Among those events was a rally near the White House featuring remarks by Trump, who egged on a crowd of thousands before loyalists stormed the Capitol.

A person familiar with the matter confirmed that the first tranche of documents from the Trump White House was turned over by the National Archives at the end of last month to the White House and Trump. Either party can object to the release of specific items. And Biden's White House has the right to overrule a Trump effort to block the release of information.

Beyond that, the former president may sue to block it all. Or Congress could choose to sue if legislators felt the Biden White House wanted to hold back too much. The person was not authorized to speak publicly and spoke to The Associated Press on condition of anonymity.