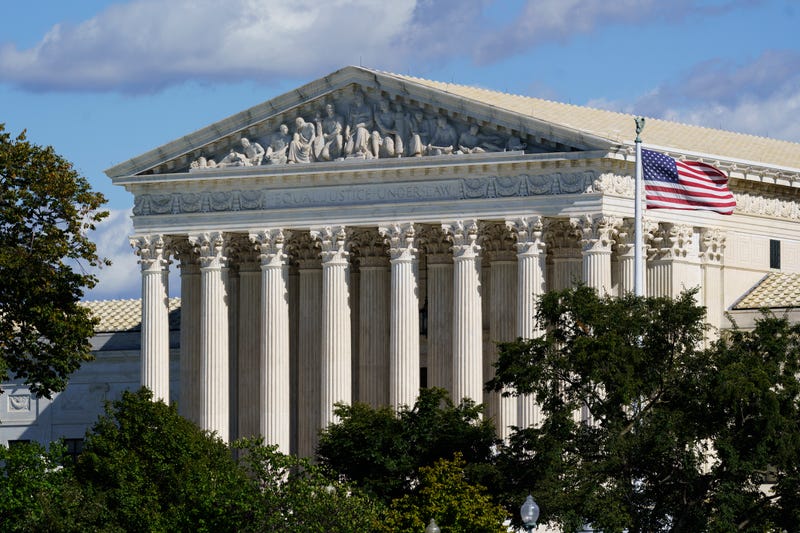 WASHINGTON (AP) — The Biden administration is asking the Supreme Court to block the Texas law banning most abortions, while the fight over the measure's constitutionality plays out in the courts.

The administration also took the unusual step of telling the justices they could grant the Texas law full review and decide its fate this term, which already includes a major case about the future of abortion rights in the U.S.

No court has yet reached a decision on the constitutionality of the Texas law, and the Supreme Court rarely grants such requests.

The law has been in effect since September, aside from a district court-ordered pause that lasted just 48 hours, and bans abortions once cardiac activity is detected, usually around six weeks and before some women know they are pregnant.

The Justice Department asked the high court Monday to lift an order imposed by a conservative federal appeals court that has allowed Texas to continue enforcing the nation's strictest curbs on abortion through a novel law that was written to make it hard to challenge in the federal court system. The department had announced its intentions last Friday.