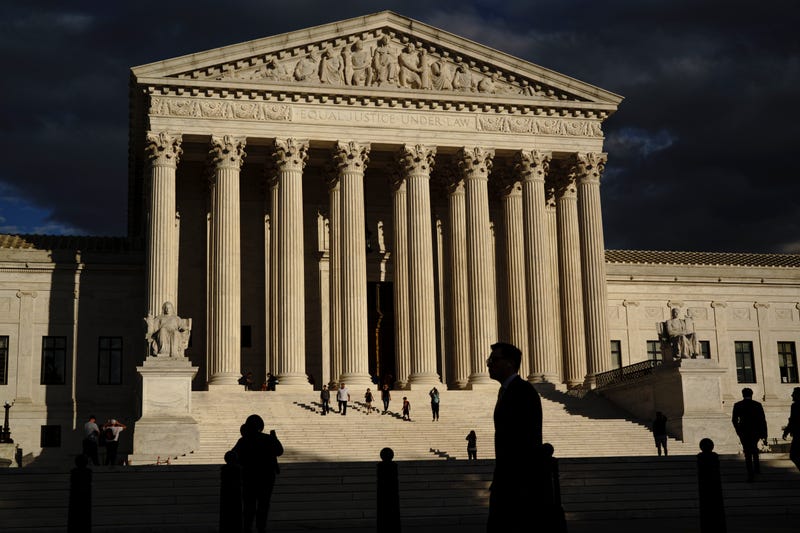 Democrats stung by a series of election year failures to deliver legislative wins for their most loyal voters hope they will be buoyed by the prospect of President Joe Biden naming the first Black woman to serve on the Supreme Court.

Justice Stephen Breyer's pending retirement, confirmed by numerous sources Wednesday, could not have come at a better time for a Democratic Party reeling from the collapse of Biden's legislative agenda, including a push to overhaul election laws that voting rights advocates said was critical to protecting democracy.

Democrats are trying to regroup with an eye on maintaining a tenuous grip on Congress after November's midterm elections, and picking Breyer's replacement offers a chance to pause from those bruising battles. Democrats hope that with Biden fulfilling a campaign pledge to appoint the first Black woman as a justice, they can energize a dejected base, particularly Black voters whose support will be crucial in the fall campaign.

“This is a huge opportunity for us,” said Aimee Allison, founder of She the People, a national organization that encourages women of color to vote. “It turns out that appointing a Black woman (to the Supreme Court) at this moment could help to make up for the policy and political losses that we’ve seen recently.”

Among the names being circulated as potential nominees are California Supreme Court Justice Leondra Kruger, U.S. Circuit Judge Ketanji Brown Jackson, prominent civil rights lawyer Sherrilyn Ifill and U.S. District Judge J. Michelle Childs in South Carolina, whom Biden has nominated to be an appeals court judge. Childs is a favorite of Rep. James Clyburn, D-S.C., who made a crucial endorsement of Biden just before South Carolina’s presidential primary in 2020.

The exact timing of Breyer’s retirement remains unclear, but Senate Democrats who control the confirmation process plan to begin the proceedings as soon as possible.

Despite that energetic push, there are risks for Biden and his party that could jeopardize any apparent political advantages born of an election-year Supreme Court vacancy.

Replacing Breyer will not ultimately change the court’s 6-3 conservative majority, which has stymied Biden on major priorities including his vaccine and testing mandate for large businesses.

And if every Senate Republican unites to oppose the nominee, the president would need to secure support from every Democrat in the chamber. That could potentially revive recent fights in which moderate Democratic Sens. Joe Manchin of West Virginia and Kyrsten Sinema bucked the party and defeated its priorities.

Manchin made clear he would scrutinize the pick.

“I take my Constitutional responsibility to advise and consent on a nominee to the Supreme Court very seriously,” he said in a statement. "I look forward to meeting with and evaluating the qualifications of President Biden’s nominee to fill this Supreme Court vacancy.”

Republicans were quick to signal that they would cast the nominee as too far to the left no matter the nominee.

“The Democrats know they will lose the Senate majority in 2022,” said Florida Sen. Rick Scott, who leads the Senate GOP’s campaign arm. “I predict that (Senate Democratic leader) Chuck Schumer and whoever is running the White House will force all Democrats to obey and walk the plank in support of a radical liberal with extremist views."

For years, the potential of shifting the court has animated Republican voters, many of whom are motivated by the goal of eroding abortion rights. But as the court has swung to the right, it has become a priority for Democratic voters, too.

In the 2020 presidential campaign, supporters of Biden and then-President Donald Trump were about as likely to say Supreme Court nominations were “the single most important factor” in their vote, with roughly 2 in 10 saying so, according to AP VoteCast. But Biden’s voters outpaced Trump’s in saying it was an important factor, even if not the top, 62% vs. 50%.

Heading into the 2022 election, the court was most expected to play a role in the fight for the Senate majority, where Democrats have the slimmest possible edge now. Vulnerable Democratic incumbents from New Hampshire to Nevada seized on the upcoming confirmation debate, highlighting abortion rights in particular.

In December, the court’s conservative majority signaled openness to dramatic restrictions on abortion and may even overturn the landmark Roe v. Wade precedent. A decision is expected by the summer.

“The next justice must understand how their decisions impact the Nevadans I fight for every day, and that is especially true when it comes to women’s reproductive rights,” said Sen. Catherine Cortez Masto, D-Nev., who faces a challenging reelection test in a state where voters largely support abortion rights.

It's much the same dynamic in New Hampshire for Democratic Sen. Maggie Hassan.

“Justice Breyer has built an impressive legacy on the Supreme Court, including key votes to uphold a woman’s right to choose her own destiny and ensure that the Affordable Care Act remains the law of the land," Hassan said. "When the time comes, I will review President Biden’s next Supreme Court nominee as part of the Senate’s confirmation process.”

And while the politics may initially benefit Democrats, Republicans wasted no time in seizing on the looming Supreme Court vacancy to raise campaign cash.

Soon after news of Breyer's pending retirement was released, the Republican National Committee blasted out a fundraising email announcing the creation of an “Official Defend the Court Fund.”

“Make NO mistake — Biden will pick a nominee that is pro-abortion, anti-gun and anti-religious liberty,” the GOP warned.

Still, there was a palpable sense of relief and optimism among Democrats, including those who have grown frustrated with the slow pace of change under Biden.

“It’s not a silver bullet, but my God, this is a big deal, man,” said Young Democrats of America President Quentin Wathum-Ocama, who has been critical of the Biden presidency. “This is huge for so many reasons. It’s going to get people excited.”

Democrats need all the help they can get.

JB Poersch, who leads a super PAC aligned with Senate Democrats, said the nomination fight may help motivate Democratic voters — especially if Republicans try to interfere with the nomination process — but there are no guarantees.

“We have no room for error,” he said.