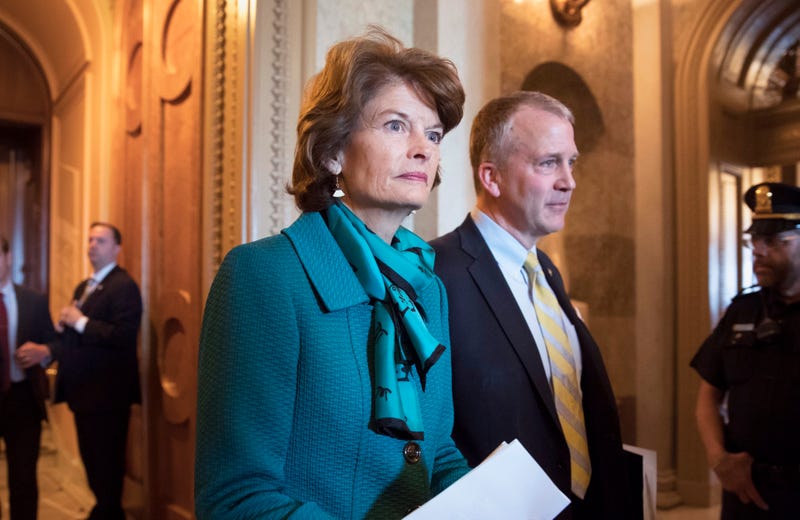 ANCHORAGE, Alaska (AP) — A magistrate has ruled that there is probable cause for a case to continue against a man accused of threatening to kill Alaska’s two U.S. senators in profanity-filled voicemails left on their office phones.

U.S. Magistrate Judge Scott A. Oravec on Tuesday ordered the case against Jay Allen Johnson be sent to the next available grand jury for consideration. Given the fluidity of the COVID-19 situation in Alaska — Tuesday’s preliminary hearing was held remotely — it was not known when that grand jury would be empaneled.

Johnson, 65, faces counts of threatening to murder a U.S. official, threatening interstate communications, being a felon in possession of weapons and threatening to destroy property by fire.

He is accused of making threats against U.S. Sens. Lisa Murkowski and Dan Sullivan and of threatening to burn down properties owned by Murkowski in a series of messages left over the span of months.

Assistant U.S. Attorney Ryan Tansey called one witness during the preliminary hearing, FBI Special Agent Matthew Patrick Allen Oudbier, who investigated the voicemails left at the senators' offices in Washington, D.C. He said he received copies of the voice messages from both offices and from Capitol police and traced them back to Johnson. In some messages, Oudbier said, the caller identified himself as Jay Johnson and left his Alaska phone number.

During the hearing, Tansey played just one voicemail left for Murkowski, which he said was enough to establish probable cause.

In it, the caller is upset over people who enter the country illegally and tells Murkowski, “You’re life is worth $5,000. That’s all it’s worth.” He vows to hire the “terrorists, assassins” that the caller says she has let in. “I’m going to use them to come and assassinate your (expletives).”

He also tells her not to run for re-election in 2022 “because you’re not doing what Alaskans want.”

“If you in any way support this Biden communist, bought-off Chinese administration, I will be hiring the (expletive) that all of you have let in this country,” he said.

In another voicemail that was played at Johnson’s initial appearance on Oct. 8, Johnson is alleged to have said he would use his skills as a veteran to carry out his threats.

When asked, Oudbier said he could find no evidence that Johnson was a veteran. Representatives of the Army, Navy, Air Force and Marines also told The Associated Press they could find no record of him in their systems.

The government is seeking to seize seven weapons — three pistols, two revolvers, a rifle and a shotgun — found after they searched Johnson’s home in the small community of Delta Junction. Court documents said he is a felon because of several driving-under-the-influence charges.

Johnson’s wife, Catherine Pousson-Johnson, said at the Oct. 8 detention hearing that her